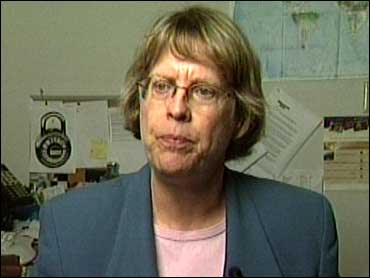 In a thinly veiled reference to Steve Forbes' ads running in Iowa and New Hampshire, Dole complains that he was the victim of such ads four years ago, in a campaign that tarnished his record and hurt him personally. But, despite an outcry from the public not to go negative, the candidates are out to get each other.

Every time they get together, the Republicans vow to run positive campaigns. So what's with all these negative ads in Iowa and New Hampshire?

A lot of attack ads are aimed at Arizona Senator John McCain, and a lot are paid for by third parties, like the radio ad in South Carolina that says, "If you want a strong pro-life president, then on February 19th, don't support John McCain."

McCain has accused George W. Bush of backing the bashers, a charge the Texas governor denies. "The folks running these ads want George Bush to be the nominee, I think that's pretty clear, and they're doing as much as anyone to make that happen," says Craig Crawford of Hotline.

Professed reformer McCain wears these attacks like a badge. "I am honored by their opposition," he said.

Not every Republican attack is aimed at McCain, though. "If someone kills a pet, it's called a crime. If someone aborts a child, it's called a choice." goes one Steve Forbes ad. Publisher Steve Forbes is spending almost $5-million to broadcast his positions in Iowa and New Hampshire, and he's going after frontrunner George W. Bush. "And his record as far as taxes are concerned is a record of broken promises," goes one of his Bush attack ads.

"Negative ads are the crack cocaine of our politics," says Craig Crawford. "You know, a quick high. But it poisons the system, and what happens is, they do work. Negative ads do work, and, I mean, people will go out and vote against a candidate because of a negative ad."

As the campaign spreads nationwide, so will the negative ads. You may find yourself wishing that like for the flu bug, there were some kind of inoculation.