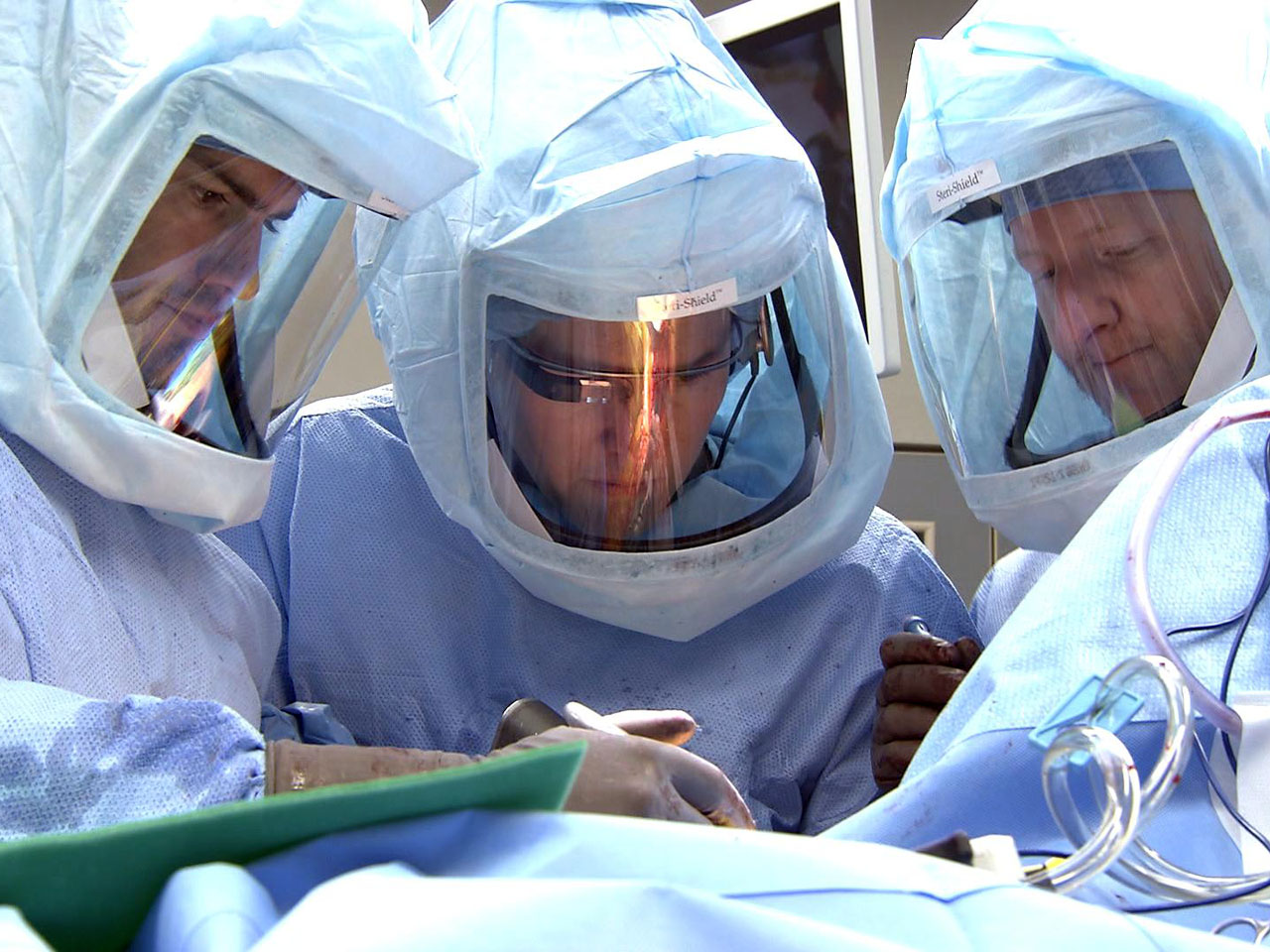 It's hard to think of a way we live that Google hasn't touched. And now, you can add surgery to the list.

It all starts with Google Glass, which lets an expert lend a helping hand in the operating room, even when he or she is in another state.

At the University of Alabama-Birmingham, orthopedic surgeon, Dr. Brent Ponce, prepared for a shoulder replacement. Behind his face shield he wore Google Glass -- the wearable computer. Its built-in camera streamed live video of the procedure to another surgeon 150 miles away in Atlanta, where Dr. Phani Dantuluri not only watched the surgery, but offered a virtual hand.

A ghostly projection of Dantuluri's hands was superimposed over what Ponce saw on the operating table. The merged images appeared in Ponce's Google Glass display.

Asked what it was like when he first put on the Google Glass, Ponce said, "There's a little bit of a light bulb experience. We were able to say, not just 'go left or right' or 'up or down,' but we were able to say 'right here,' 'right there,' 'go faster from here to here'."

On one day, Ponce and Dantuluri were testing Google Glass paired with VIPAAR, a videoconferencing platform that allows users to interact with the picture.

It may be another year before the combined technology goes mainstream. Ponce is the only doctor testing it in surgery.

Ponce said, "With this technology, if I'm struggling, another surgeon is able to say, 'Hey, get your head in the game. Let's do this, let's do this.' And they're able to walk through it together. So it's a little bit more of a safety net."

Asked if it turns surgery into collaboration, Ponce replied, "Without question."

VIPAAR plans to expand the pilot program to include more surgeons by the end of next year.