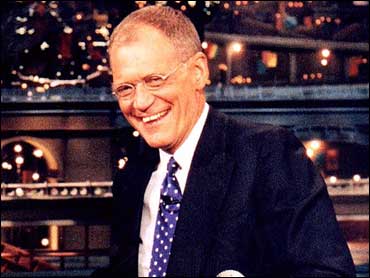 And the No. 1 reason Mujibur and Sirajul will disappear from David Letterman's "Late Show" ... their boss is closing his Broadway souvenir store.

K&L's Rock America, the cramped shop up the street from Letterman's theater where smiling salesmen Mujibur Rahman and Sirajul Islam work, is going out of business. The store is a victim of spiraling midtown Manhattan rents, with its landlord hoping to bring in a tenant with deeper pockets.

"You always did a great job for us and we're going to miss you guys," Letterman told the pair this week before presenting each with some lovely parting gifts: a dozen roses and a new vacuum cleaner.

They debuted on Letterman's show on Sept. 13, 1993, shortly after the CBS show premiered at the Ed Sullivan Theater.

They became the talk show host's quirky roving ambassadors, mounting a coast-to-coast tour in 1994. "People like us as their family," Sirajul said when they reached the Golden Gate Bridge in San Francisco. "They watch us every time."

Mujibur, 47, and Sirajul, 43, natives of Bangladesh and residents of Queens, said they may go into business together. But Mujibur was skeptical about whether that would be show business.