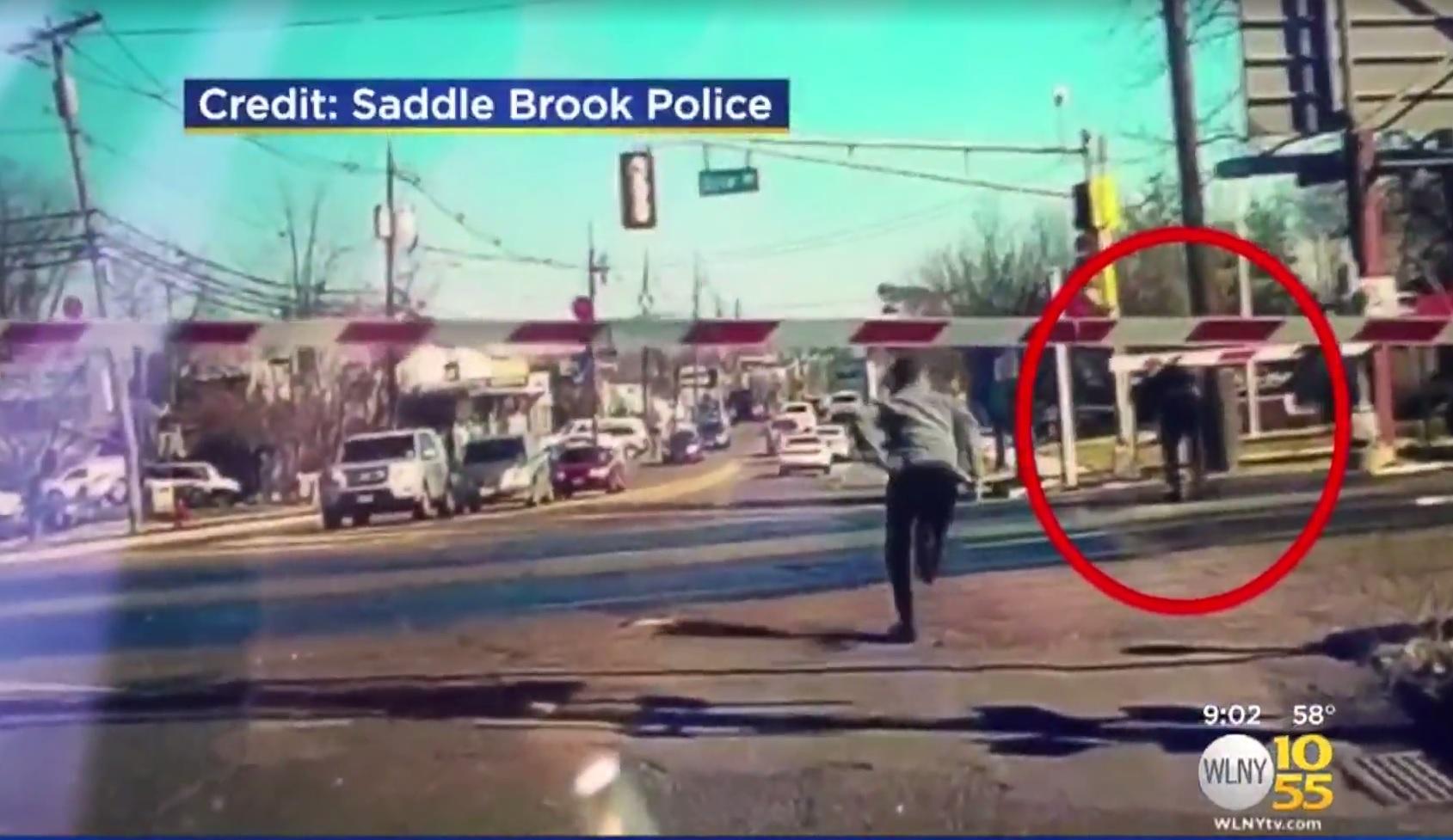 SADDLE BROOK, N.J. -- An 89-year-old woman was saved from certain disaster when a pair of Good Samaritans rushed her out of the path of an oncoming train, CBS New York reports.

Police say the woman was crossing a set of railroad tracks around 2 p.m. Wednesday.

Dash cam video shows 28-year-old Jonathan Mango and an unidentified Good Samaritan rush to her aid and help her get off the tracks just as a NJ Transit train barrels past them in Bergen County.

“I saw the train was really coming. I sprinted onto the tracks, and I pulled her by the arm,” Mango said. “She actually stopped because she was scared, so then I tried grabbing her arm and then really tried pulling her. She was having a lot of trouble.”

By the time they reached the other side of the tracks, the train had missed the woman by inches, Mango said. She was taken to a hospital as a precaution.

“The woman is always walking through our community and in all types of weather conditions attracting many to gaze and many others to offer assistance,” Saddle Brook Police Chief Robert Kugler said in a statement Wednesday night. “She certainly had the angels watching over her today and the two individuals, angels themselves without a doubt, saved her from this near disaster.”

An ambulance was called to the scene but the unidentified woman refused medical treatment.

Police praised Mango and even called his workplace to let them know what he did. But Mango said he’s not a hero -- he just saw that “something needed to be done.”