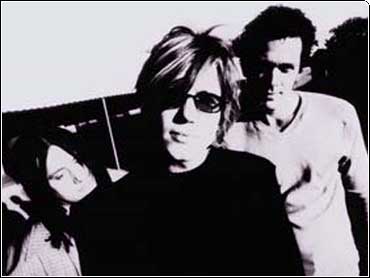 A Navy plane carrying the rock group the Goo Goo Dolls skidded off the runway while landing during a rainstorm in Sicily, the Navy said Monday. No one aboard was injured.

The C-9 aircraft was bringing the group, known for its hits Slide and Iris, back from Tuzla, Bosnia-Herzegovina on Sunday night. It was the last stop of their Christmas tour of U.S. military bases in Europe.

High winds and heavy rain lashed the Naval Air Station Sigonella at the time of the landing, the Navy said.

The plane attempted two landing approaches before touching down, and the 30 passengers left the plane in emergency chutes, the band's publicity company said.

The Navy said the cause of the mishap was under investigation and that damage to the $35 million aircraft was being assessed.

"The safety of our military personnel and our guests is our primary concern. We are fortunate that there were no injuries," base spokesman Lt. Cappy Surette said.

"The shows were great," he said of the rock group's tour. "They really boosted the morale of our men and women, especially during the holidays."