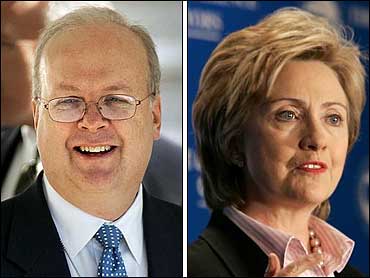 Jimmy Haynes dusted off a little-used pitch and put it to work his last four starts. It's resulted in his best stretch of the season.

Haynes and three relievers teamed on a four-hitter, John Jaha hit a two-run homer and the Oakland Athletics sent the Texas Rangers to their fourth straight loss, 4-0 Tuesday night.

"It's just confidence," Haynes said. "I feel good about the pitches I'm throwing. I have an idea of how to pitch these guys and I'm throwing to spots."

Rangers outfielder Juan Gonzalez, who said he did not want to play in the All-Star game unless fans elected him to start, was booed all night by the crowd of 8,221. He went 1-for-4 and was thrown out trying to stretch a double.

Haynes (6-6) allowed three hits in seven innings to beat Texas for the fifth consecutive time. He walked two and struck out six.

"He always seems to pitch well against us," said Texas manager Johnny Oates. "This was one of the best I've seen. We only hit one ball hard."

Haynes now six career wins against the Rangers, the team he has beaten most often.

"He shut us down," Rangers shortstop Royce Clayton said. "He kept us off balance and spotted his pitches. This was one of the best performances I've seen."

Haynes added a split-finger fastball to his repertoire before pitching in Detroit on June 21. The last time he used the pitch was in 1997, when he threw it twice, for balls, to Boston's Mo Vaughn.

"I threw the split before. It was just a matter of getting it zeroed and getting it over the plate," Haynes said.

Haynes has also added a slider and tossed away his changeup.

"He's been a new pitcher," said A's manager Art Howe. "He has command of his pitches, he's in the strike zone and he's aggressive. He's fun to watch."

Jaha's 19th home run of the season, on a 1-0 pitcfrom starter Ryan Glynn, snapped a scoreless tie in the fourth. Ben Grieve walked ahead of Jaha's homer.

"I just got overanxious out there," said Glynn. "I have to pitch better than that."

Glynn walked the bases loaded in the third, but escaped unscathed when Gonzalez threw out Ramon Hernandez at the plate after catching Miguel Tejada's fly ball to right field.

The Rangers' best chance to score came in the second when Gonzalez led off with a double, but was thrown out by A's right fielder Matt Stairs trying for a triple. Rafael Palmeiro then walked and stole second and Lee Stevens had a two-out infield single. Haynes struck out Roberto Kelly to end the inning.

Tejada and Grieve added RBI singles to give Oakland a 4-0 lead in the fifth.