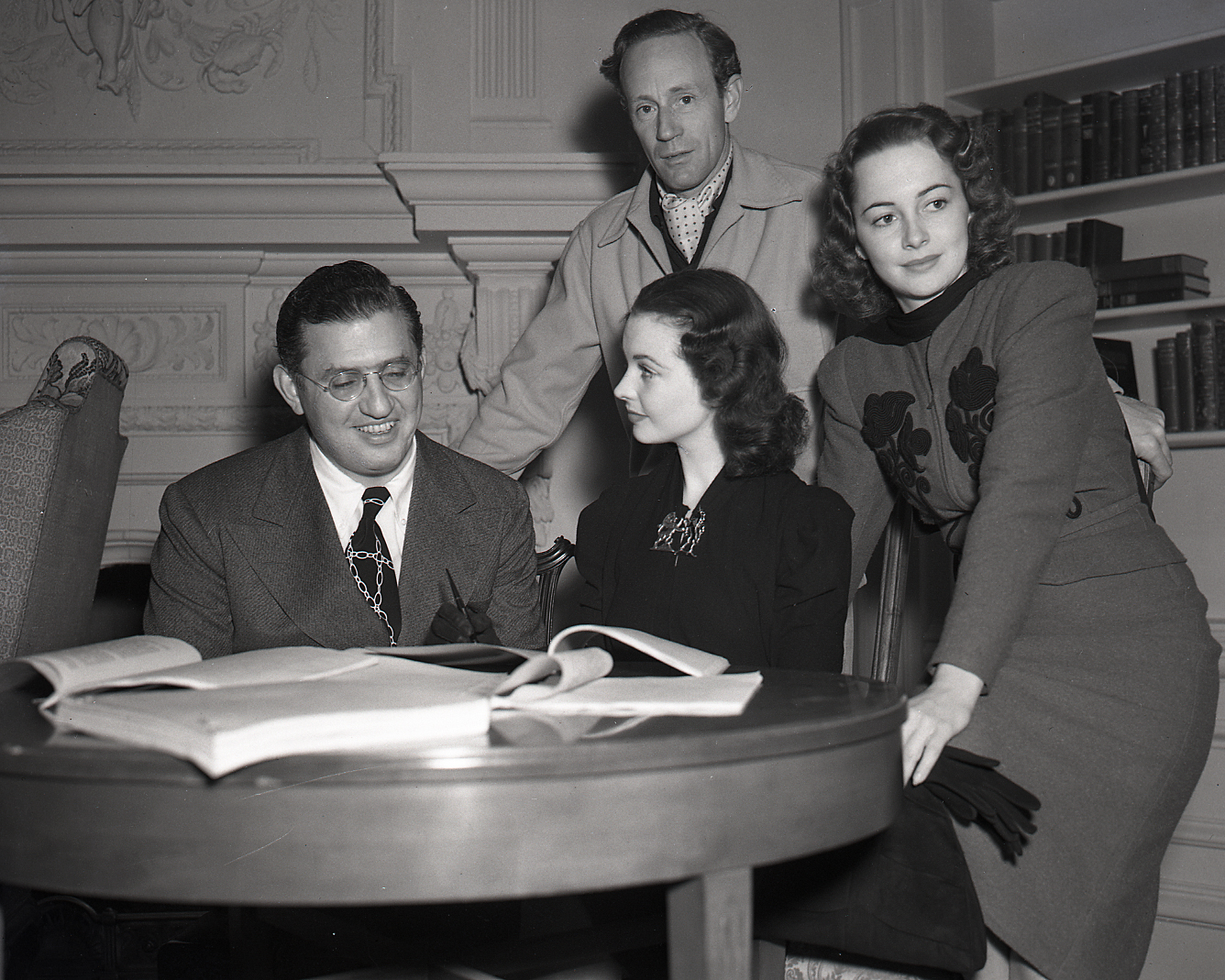 Seventy-five years ago this month, the epic film "Gone with the Wind" premiered in Atlanta. And it's that city that's keeping the story of Scarlett O'Hara and Rhett Butler alive today. But the most successful movie of all time had a dark side as well and even today the film evokes both disfavor, and devotion, reports CBS News correspondent Michelle Miller.

"I always tell people I'd rather be called a 'windy' than a 'goner,'" Novella Perrin said.

She reunited with other "windies" at the Road to Tara Museum that boasts a unique collection of the film's manuscripts, costumes and historic artifacts. It's a trip she has made dozens of times.

For Perrin, there's one aspect of the film that drives the "windies'" obsession.

"I think it's because it has this universal aspect of survival," Perrin said. "Some people see a lot of redemption in it, and of course, the romance."

That sweeping and torrid love affair, told in state-of-the-art Technicolor, is an epic tale of a Southern plantation during the Civil War.

A then-unknown Vivian Leigh played the headstrong southerner, Scarlett O'Hara, who was more feminist than southern belle, and the king of Hollywood, Clark Gable, played the pragmatic Rhett Butler.

At four hours long, and filmed with seven color cameras, "Gone with the Wind" redefined American cinema and it's still the top grossing film of all time.

Historian John Wiley Jr. has published two books on the film and said it is the epitome of "old Hollywood."

"I think putting it in context, I think you can appreciate what it is, when it was made," Wiley said.

It was made in the midst of the Great Depression. The 1930s was a decade of entrenched racism, and while African-Americans struggled against Jim Crow, some say "Gone with the Wind" romanticized everything they were fighting.

"Southerners took it as an appreciation of what they had gone through in the Civil War," Wiley said. "I think the rest of the country and the rest of the world looked at it differently."

Black newspapers threatened to boycott the movie calling it "anti-Negro propaganda", and accused filmmaker David O. Selznick of glorifying slavery. Under pressure, he removed the "N-word" and any direct reference to the Ku Klux Clan.

"Selznick wanted to make a movie that made money," Wiley said. "So he was gonna avoid those issues."

But black Atlantans say it was more complicated than that.

At the time there were calls that the film was perpetuating Jim Crow and negative stereotypes. Ambassador Andrew Young, mayor of Atlanta in the 1980s, said the city never looked at it like that. Atlanta was in transition at the time -- caught between the end of the Civil War and the birth of Civil Rights, he said.

He said when he saw Hattie McDaniel's performance on film, it was like seeing his grandmother.

In dealing with their circumstances, he said they did what they had to do to survive

But the night McDaniel won the Oscar for her role, she was forced to sit in the back of the room, next to the kitchen.

It would take 50 years for Atlanta to fully embrace the film. Young had been on the front lines of the Civil Rights Movement, helped to redefine Atlanta as the New South and helped restore the home of Margaret Mitchell, the author of the novel the film was based on, into a museum. It was still important for him to keep the film's memory alive.

"We took the view that this was the end of slavery and the beginning of the New South and we didn't want people to forget," he said. "We identified with a triumphant spirit of Scarlett O'Hara as a woman who was going to make it no matter what."

Whether you see it as romantic or racist, Wiley said to take a cue from the film's heroine.

"Scarlett is the one who's, 'The Old South is gone. We need to move on. I need to make money. I don't want to be hungry.' So she is the one at the end who is surviving, and she rejected the Old South."

Retrial in killing of young American man delayed again in Greece
Thanks for reading CBS NEWS.
Create your free account or log in
for more features.
View CBS News In
CBS News App Open
Chrome Safari Continue
Be the first to know
Get browser notifications for breaking news, live events, and exclusive reporting.