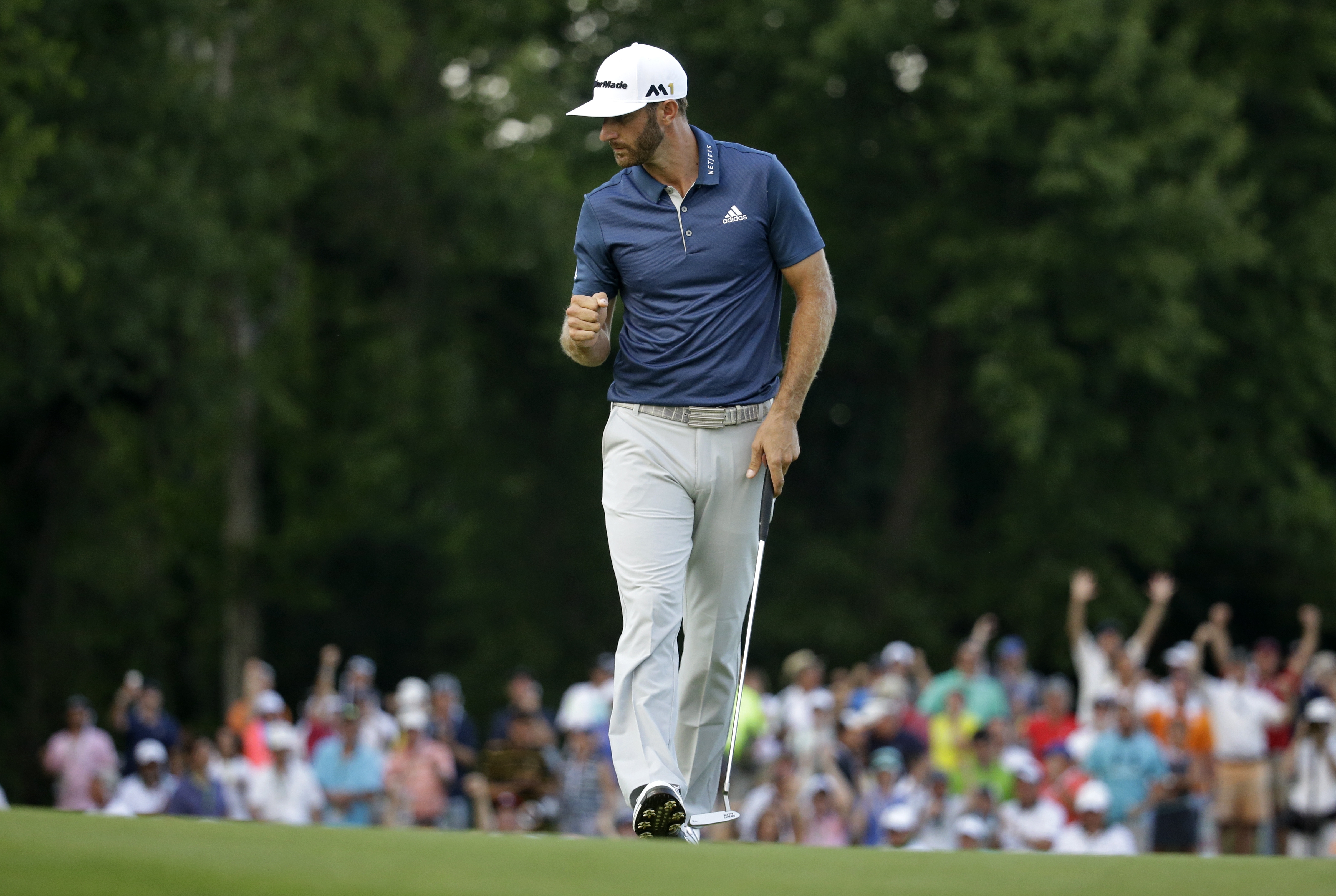 OAKMONT, Pa. -- All the chaos and confusion couldn't stop Dustin Johnson from proving he had the head to be a U.S. Open champion.

One year after the most devastating of all his close calls in the major, Johnson endured two hours of not knowing the size of his lead while the USGA questioned whether he should be penalized one stroke for his ball moving on the fifth green.

Johnson said it didn't. The USGA said it would wait until after the final round to decide.

A number of PGA Tour players took to Twitter to rip the USGA, including Rory McIlroy, Rickie Fowler and Jordan Spieth.

America's most powerful golfer took matters into his own hands Sunday at Oakmont with a 10-foot par save on the 16th hole, a tee shot he smashed down the middle of the 18th fairway and an approach to 5 feet for birdie that left no doubt who won the toughest test in golf.

Only after he was guaranteed that silver trophy did the USGA assess him a one-shot penalty, turning his final score into a 1-under 69 for a three-shot victory.

The lingering question was whether this U.S. Open was tougher than it needed to be.

Seven holes after potentially committing a penalty, but getting an okay from an on-site rules official, Johnson learned that his two-stroke lead (at the time) might be reduced at the end of his round, CBSSports.com reported.

Johnson went to the 12th tee box with a two-stroke lead at the 2016 U.S. Open when he was approached by USGA official Jeff Hall. Hall explained to Johnson that, after the completion of his round, they were going to review tape to potentially assess a penalty stroke after his ball moved on a green earlier in the day -- way back on the fifth hole.

At the time of Johnson's possible penalty, he called over a USGA official with his group and said it was not his fault the ball moved as he had not addressed the ball. (Johnson's putter was not on the ground and had not moved forward.) He and the official came to an agreement that he should just play the ball from the new position and there would be no penalty stroke.

The USGA then reviewed the tape and felt he likely was the cause of the ball moving, but they want to review the tape with Johnson after his round to give him a chance to adjust the score on his card. Hall went on the Fox broadcast and explained the situation, saying the USGA wanted him informed so he could play the rest of his round accordingly, CBSSports.com reported.

"We told Dustin that we reviewed the situation with his par put on hole five and that, after looking at the video, the actions that he took may very well have caused the ball to move, that the onus may be on the player in that situation," he said. "The actions could very well lead to a penalty stroke. ... [We told him] so he could play the last six holes being informed."

It was later reported on Fox's broadcast that the entire field was told of Johnson's potential penalty.

Johnson denied to the official that he moved the ball.