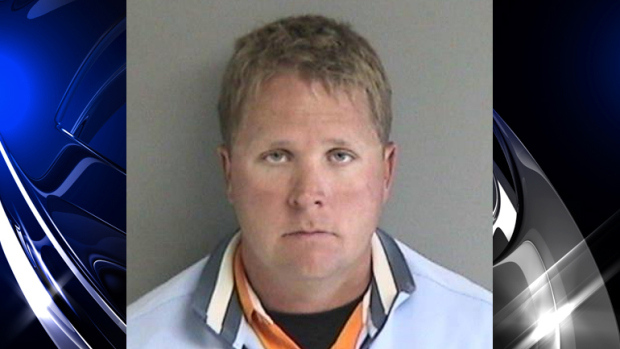 According to CBS SF Bay Area, a probable cause document filed in court and released Tuesday said that the alleged murder-for-hire plot began while the Livermore golf coach was in jail. Prosecutors say Nisbet exchanged letters with a confidential informant in which he indicated that he wanted the victims killed and discussed the price.

An informant tipped off a sheriff's deputy and the letters were sent to the Alameda County District Attorney's Office in late February, reports the station. According to a sworn statement from Alameda County District Attorney's Office Inspector Jeff McCort, the letters contained personal information about the three boys and asked to have them "taken care of."

Prosecutors say Nisbet later met with an undercover agent posing as a hit man to discuss the killings. The agent allegedly made a shooting motion with his hand and told Nisbet he would make it seem like a robbery.

Shortly after this meeting, authorities served a search warrant on Nisbet's cell at Santa Rita Jail in Dublin, Calif. They say they found a letter with driving directions to one victim's home in Pleasanton and other letters discussing the plot to kill his alleged victims.

Nisbet was arrested on December 7, 2013 and charged with molesting three teenage boys between 2007 and 2012. His alleged victims ranged in age from 12 to 17 at the time of the abuse, according to the station.

CBS SF Bay Area says that prosecutors have added solicitation of murder counts to the charges Nisbet already faced. He remains at Santa Rita Jail and is being held without bail.