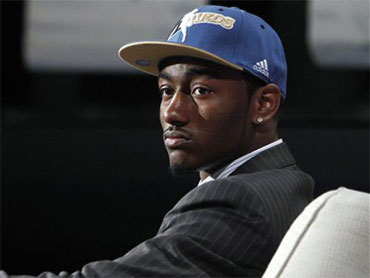 This column was written by Susan Konig.

Granted my five-year-old son wanted to look nice so he went into his sister's room and put some gel in his hair. Unfortunately it was hand sanitizer and not styling gel. But now he won't have any germs on his head.

All this accomplished by 7:30 A.M. by me, a fairly type-B personality. I was admittedly still in flannel pajama pants and a sweatshirt. The moms who shower, dress, fix their hair, apply makeup, catch the commuter train, and are answering e-mails and reading the Wall Street Journal by the same hour have my respect and awe.

But whether dressed for success or in pajamas, moms seem to get done what needs to be done. It makes me wonder what would have happened down south if a bunch of moms had been in charge of the relief efforts.

Over the past week, my friends and I have watched the images coming out of Louisiana, Alabama, and Mississippi and read the coverage of events as people suffered in the aftermath of Katrina.

Our first response was, "How are the moms feeding their babies?"

For any parent, the concept of fleeing a disaster without bottles prepared, dry diapers, wipes, and soothing ointments, infant Tylenol, and cozy clothes and blankets for a baby is a nightmare just to consider.

As we watched the suffering of refugees fleeing after the fact, one friend said, "If we were in charge, every kid would have Goldfish crackers, a Band-Aid and a blankie."

Not the answer to everything but I understood what she meant. Moms have a way of figuring things out, managing to make do and accomplish what's necessary to make everything all right.

There's been a lot of Monday morning quarterbacking since Katrina but it can't be said, "If we only knew then what we know now."

We already knew then what we know now. A large percentage of New Orleans citizens did not have transportation. The city is laid out like a bowl surrounded by water. Think like a mom. Get them out. Tell the residents what is going to happen and organize it.

Perhaps moms would have loaded up those empty school buses shown on the news in the days before the hurricane, made a deal with Houston or another city to handle refugees, had water, food, baby supplies, clothing, waiting.

Perhaps those brave and tireless National Guardsmen and women helicoptering over and over into the city of New Orleans to rescue desperate people from rooftops wouldn't have had so many missions. Maybe the police in that city, already homeless themselves in the wake of the storm, would have suffered less stress finding themselves with little or no capacity to help people in the first days of the disaster.

I saw a news report in which an engineer explained that contingency plans were made for an overflow of the levees but not for levee failure. Hello! You live in the city in the shape of a bowl and you don't figure out what would happen if the levees broke? What would your mom say about that kind of planning?

In my neighborhood, we made a lot of preparatory phone calls last week in anticipation of the first day of school, all the more pressing since September 11th and because we live a stone's throw from the controversial Indian Point nuclear-power plant.

"Have the kids get off the bus at my house if there's ever an emergency."

"Give me your cell number so I can find you."

Thinking of those families — mothers and kids, elderly folks, sick, and disabled people — who survived Katrina without resources, working bathrooms, or warm blankets makes me feel that, come hell or high water, moms would get the job done.

Susan Konig, a journalist, is author of the new book"Why Animals Sleep So Close to the Road (And Other Lies I Tell My Children)."

By Susan Konig
Reprinted with permission from National Review Online