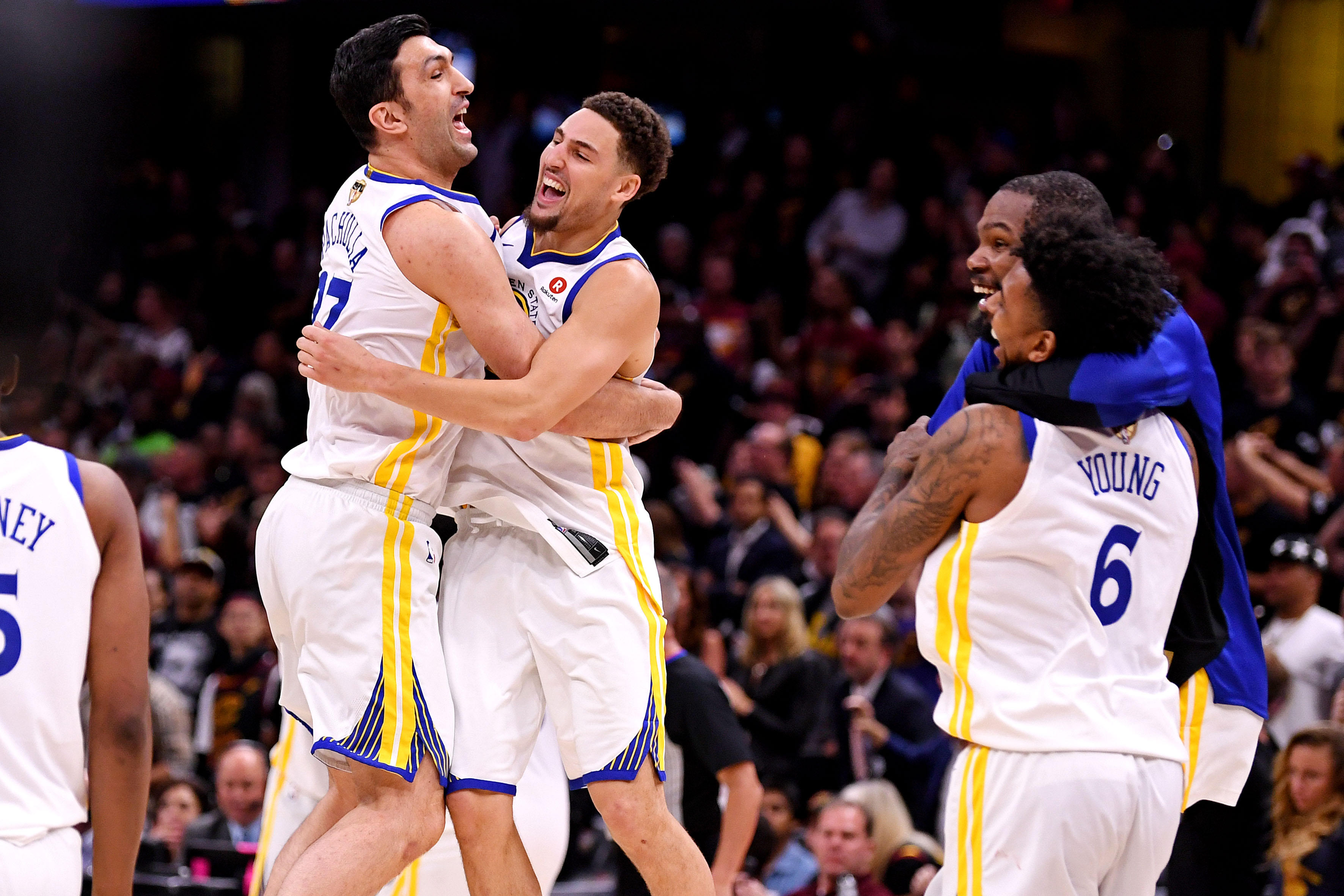 The Golden State Warriors have defeated the Cleveland Cavaliers to bring home their third NBA championship in four years. They defeated LeBron James and the Cavs with a final score of 108-85 on Friday evening, completing a perfect 4-0 sweep.

It was a pretty competitive Game 4 to start, as the Warriors jumped out to an early nine-point lead at the end of the first quarter, only to see the Cavaliers battle back and take a lead of their own in the second quarter, CBS Sports reports. But the Warriors used a late burst to push their advantage back to nine points at halftime, and the Cavaliers never got closer.

The Warriors used one of their patented third-quarter takeovers to seize control of the game. Up by 21 points at the end of the third quarter, they then cruised in the final 12 minutes. Steph Curry finished with 37 points, six rebounds, four assists, three rebounds and three steals, while Kevin Durant registered 20 points, 12 rebounds and 10 assists.

James finished with 23 points and spent the final minutes on the bench, contemplating what went wrong and maybe his next move. He said in a post-game press conference that he had a broken right hand, an injury he said was self-inflicted.

"What happened? Self-inflicted, post-game after Game 1," James said. "Very emotional, for a lot of different reasons. Understanding how important Game 1 is on the road for our ballclub, what would that have done for us. The way we played, the calls that was made throughout the course of that game, I had emotions on the game was taken away from us. I had emotions of you just don't get opportunities like this on the road, versus Golden State, to be able to get a Game 1. And I let the emotions get the best of me. I pretty much played the last three games with a broken hand, so that's what it is."

Overcoming obstacles all season long, the Warriors were not going to be denied and won the fourth straight finals matchup against Cleveland with ease.

It was the first sweep in the NBA Finals since 2007, when James was dismissed by a powerful San Antonio team in his first one. His eighth straight appearance didn't go well either, and now there's uncertainty where the superstar will play next.

Act IV between the Warriors and Cavs featured a drama-filled and controversial Game 1. But from there on, Durant, Curry, Klay Thompson, Draymond Green and the rest of this California crew showed why they're the game's gold standard.

And they may stay that way.

Not wanting to give the Cavs or their fans any hope despite the fact that no team has ever overcome a 3-0 deficit in the NBA playoffs, the Warriors built a nine-point halftime lead when Curry ignored a closeout by James and dropped a 3-pointer.

Then the league's best team tightened the screws on Cleveland in the third quarter, outscoring the Cavs 25-13 and prompting Golden State fans to begin those drawn-out "War-eee-orrss" chants that provide a perfect musical accompaniment to their 3-point barrages.

By the start of the fourth quarter, the only question was whether Curry would win his first NBA Finals MVP or if it would go to Durant for the second year in a row.

Over the course of the four-game series, Durant averaged 28.8 points, 10.8 rebounds, 7.5 assists and two blocks per game, while shooting 52.6 percent from the field, and 40 percent on deep, according to CBS Sports.. The numbers, and the iconic Game 3 performance earned him the Finals MVP award for the second straight season.

After surviving a rougher-than-usual regular season and beating top-seeded Houston in Game 7 on the road in the Western Conference finals, the Warriors withstood an overtime scare in Game 1 and joined an elite group of teams to win multiple championships in a four-year span.

Only Bill Russell's Boston Celtics, the "Showtime" Lakers and the Los Angeles squad led by Kobe and Shaq, and Michael Jordan's Chicago Bulls have been as dominant in such a short period of time.