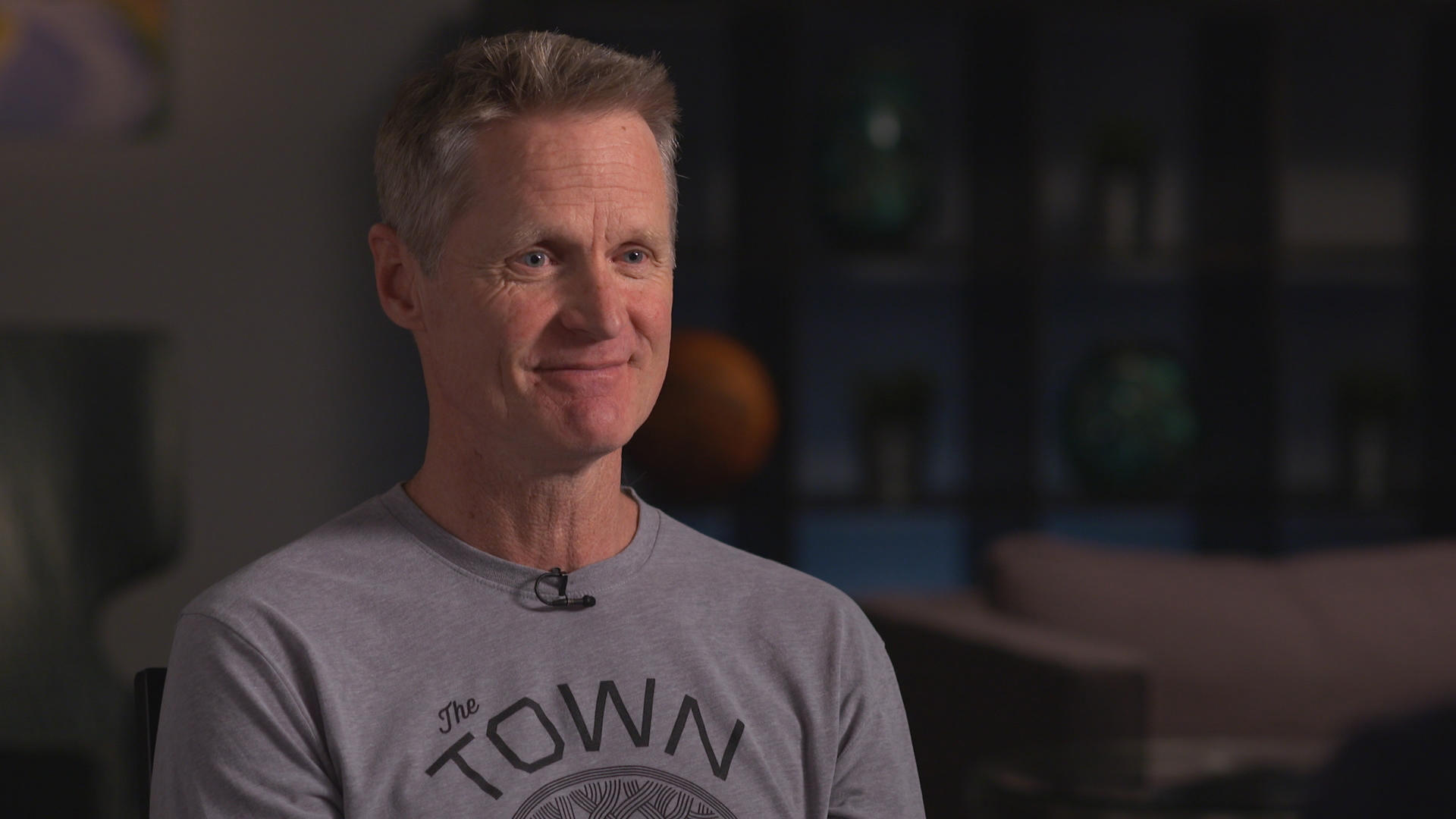 This week on 60 Minutes, correspondent Jon Wertheim visits the Golden State Warriors, who are attempting to make their fifth straight trip to the NBA Finals and win their third straight title. Wertheim spoke with most of the team's star-studded lineup, including coach Steve Kerr, who has led the team to the Finals each year he has been with the team.

"You could easily do a 60 Minutes piece on Steve Kerr alone," said 60 Minutes' Nathalie Sommer, who produced this week's story on the Warriors.

An important role player with Michael Jordan's Chicago Bulls in the 1990s, Kerr earned five championship titles as an NBA player, in addition to the three titles he's won as coach of the Warriors. When his playing career was over, he became a sports broadcaster, then served as general manager of the Phoenix Suns. When the Warriors tapped him as their new coach in 2014, he had never coached a team before.

But Kerr's unique background began well before he stepped foot on an NBA court. Born in Beirut to American academics, Kerr spent much of his childhood in the Middle East.

"I got a pretty worldly education at a young age," he told Wertheim.

One of his biggest lessons came when he was 18 and a freshman at the University of Arizona: his father, the president of the American University of Beirut, was assassinated by the terrorist group Islamic Jihad. At the time, Lebanon was in the throes of a civil war, and Kerr's father, Malcom, was an easily accessible, high-profile American.

The sudden tragedy changed his life on and off the court—and impacts the way he coaches the Warriors today.

"When [tragedy] happens early in your life, it gives you a better awareness to how fragile everything is," Kerr said. "And so, when you get to a good thing, you want to hold onto it… because you know nothing lasts."

Kerr now uses his high-profile role as a platform to speak out about political issues, especially gun control. He also fosters a sense of civic awareness in his team by bringing in speakers and giving his players the freedom to say what they want on political issues.

"It doesn't help you win basketball games. It helps you keep a perspective about your life," star Warriors player Steph Curry said.

The Warriors players Wertheim spoke with also praised Kerr for his hands-off approach to coaching, trusting his players and their abilities and not coming down too hard on them when they don't deliver. Kerr said it's part of the lesson tragedy taught him—to be present and appreciate the moment he's in.