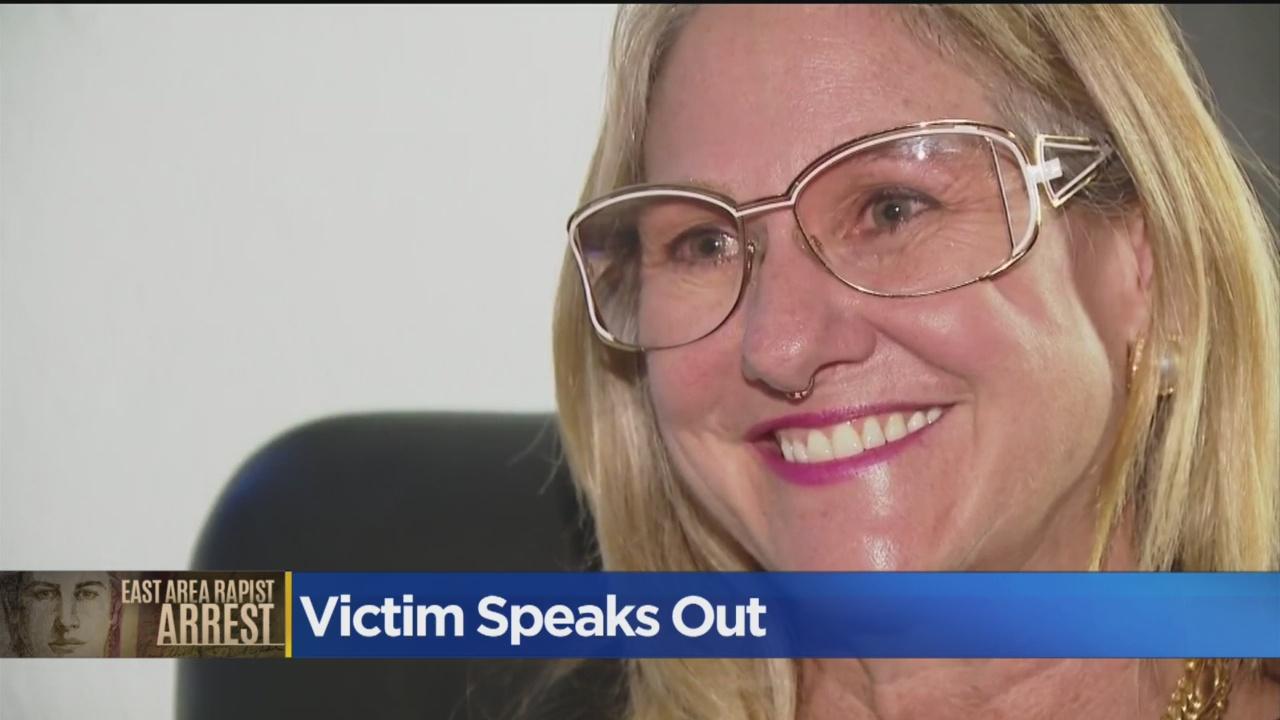 SACRAMENTO, Calif. — Jane Carson-Sandler's morning in 1976 turned from innocence to terror when a masked man broke into her home and entered the bedroom where she lay snuggled with her 3-year-old son. He confronted them with a butcher knife and shone a flashlight in her eyes before tying them up.

She said she was paralyzed by fear, afraid the man would kill them. When he untied her ankles, she knew he would rape her.

Before assaulting her, he moved her son from her side, but she doesn't know where. After it was over, he put her son back in bed next to her.

Carson-Sandler voiced relief after police arrested Joseph James DeAngelo and identified him on Wednesday as the serial killer who committed a string of killings and rapes in the 1970s and '80s in California.

Carson-Sandler, now 72, wants to face her attacker in person and ask how long he had been watching her and what he did with her son during the attack.

"I just wonder when he first saw me, how long he had been stalking me," said Carson-Sandler, who was in the Air Force reserves and studying to be a nurse at the time of the attack.

Carson-Sandler was one of dozens of women raped by a man dubbed the East Area Rapist and the Golden State Killer, who police say killed at least 12 people and raped at least 45 in the 1970s and 1980s.

She was attacked in her home in the Sacramento suburb of Citrus Heights.

Margaret Wardlow was the 27th victim tied to the case in 1977, and was just 13 years old when she was raped, reports CBS Sacramento. Wardlow called the arrest "the greatest gift ever."

"I'm just so thrilled that they caught him," Wardlow told the station. "It couldn't be better news."

As a young girl before her attack, Wardlow told the station she had researched the serial predator as his crime spree made headlines and terrified the community. She said she used her knowledge of him to survive.

"I knew I wasn't gonna let him have what he came for, and that was to have power over me by frightening me and have fear," she said.

Wardlow says she was defiant with her attacker, despite his threats to kill her and her mother. She believes her demeanor saved her life and got him out of her home.

"My inside voice told me, 'You are going to be raped, this is what's going to happen to you, and you're gonna survive,' and it was just that simple," she told the station.

A DNA match led authorities to arrest DeAngelo in connection with four killings in Sacramento and Ventura counties, officials said.

Despite an outpouring of thousands of tips over the years, his name had not been on authorities' radar before last week, Sacramento County District Attorney Anne Marie Schubert said.

"We knew we were looking for a needle in a haystack, but we also knew that needle was there," Schubert said. "We found the needle in the haystack, and it was right here in Sacramento."

"I feel like I'm in the middle of a dream and I'm going to wake up and it's not going to be true," Carson-Sandler said in an interview with The Associated Press. "It's just so nice to have closure and to know he's in jail."

She wrote a book about her experience called "Frozen in Fear." She has spoken with rapists in prison about how the attack affected her. She tells them to close their eyes and imagine she is their mother or sister or lover while she tells her story.

She says she hopes to make them understand the trauma they have caused so they won't hurt more people.

Bruce Harrington, whose brother and sister-in-law were killed in 1980 in Orange County, said DeAngelo's arrest will launch a healing process for victims that has been delayed for decades.

"It is time for the victims to begin to heal," Harrington said at a news conference in Sacramento.

Bruce Harrington applauded law enforcement's pursuit of justice for them. DeAngelo's arrest, he said, will "bring closure to the anguish that we all suffered for the last 40-odd years."