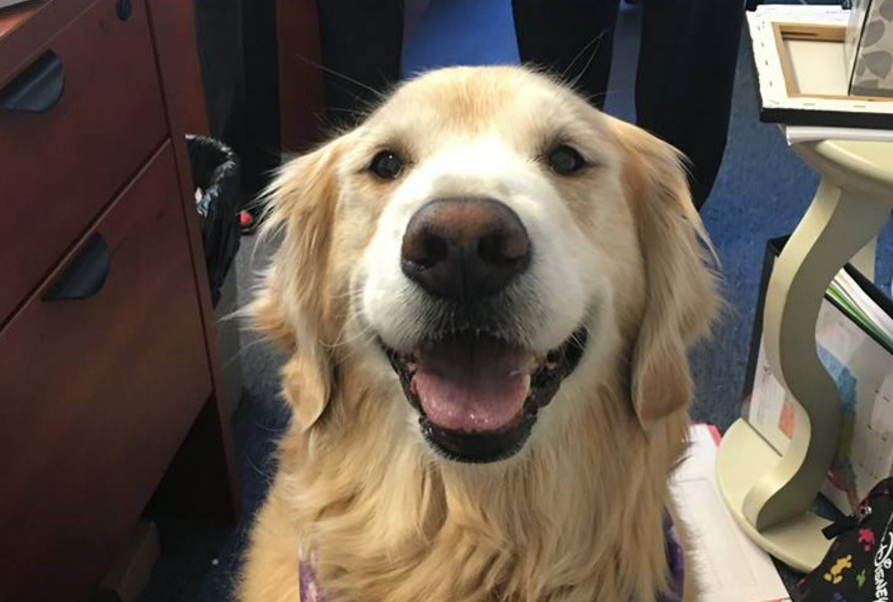 Peggy Pisano was watching a group of kids on a soccer field shower her family’s golden retriever with hugs when she came up with a life-changing idea.

As director of victim services at the Rape Crisis Center of Milford in Connecticut, Pisano pitched the idea to her team. And it was no surprise, they loved it.

“The way our family dog reacts to people and children truly is quite extraordinary,” Pisano told CBS News. “It became so obvious that she just loves being with people.”

In order to turn her idea into a reality, Pisano first had to complete a series of different trainings with the organization Pet Partners. After nearly six months of tests, the handler was evaluated along with Lily – and the pair passed with flying colors.

Two weeks ago, Lily became the first certified therapy dog working in sexual assault victims services in Connecticut. There are nine crisis centers throughout the state, and she’s walking the halls of one of them.

“Being a therapy dog is a pretty good gig,” Pisano said. “She loves to be touched and held and talked to; that’s what she does on a regular basis, and that’s how it translates in her therapy.”

At home, the 7-year-old pup is a goofball. But when she steps into the office, she’s all business.

The dog is brought into the office to specifically meet with clients for two-hour periods. She’s already met a handful of different clients, and the number continues to grow with each animal lover that walks through the door.

Pisano recalled a special moment she witnessed between Lily and a young woman at the center who adores pets. The woman kissed Lily’s face and the golden retriever gave her a sloppy, wet kiss right back.

“My dog never ever does that!” Pisano said. “It was almost like they were relating with each other. I think dogs relate to people that enjoy them just as people relate to dogs.”

Though it’s still early, Pisano is encouraging other centers to consider investing in a therapy dog – or at least letting Lily visit.

“It’s pretty well documented everywhere that therapy dogs are effective for many many different crisis situations,” Pisano said. “I hope that our experience will give others thought to do the same.”