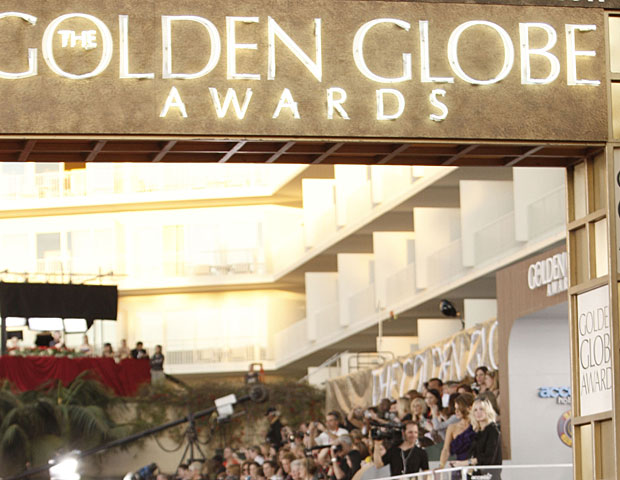 LOS ANGELES (CBS/AP) On the eve of its biggest and most watched event of the year - the Golden Globes - the Hollywood Foreign Press Association has been sued by a former publicist who claims the organization engages in payola schemes for nominations and awards.

Michael Russell filed the lawsuit late Thursday, just three days before NBC airs the annual glittering gathering of Hollywood royalty. The show has been bumped twice from the airwaves because of scandal.

A statement from Ken Sunshine, whose company currently handles the show's public relations, said the allegations were without merit.

The lawsuit claims many association members "abuse their positions and engage in unethical and potentially unlawful deals and arrangements which amount to a 'payola' scheme" that could be illegal and jeopardize the group's tax-exempt status.

The court filing, however, does not list any specific examples.

"This is no more than the case of a disgruntled former consulting firm, whose contract was not renewed, attempting to take advantage once again of the Globe's international stage for their own gain," Sunshine's statement reads.

The lawsuit seeks $2 million and alleges breach of contract, defamation and fraud over the association's firing of Russell and his partner after the awards show last year. The complaint states the pair were dismissed after a dispute with association President Philip Berk over a charity and advertising campaign with Chrysler.

The pair frequently tried to raise the issue of ethical and potentially unlawful activity to Berk, the complaint states, but the claims were ignored.

Although the show is a precursor to the Academy Awards, it has long been criticized for some of its nominations, which are perceived as a way to gain favor with top actors.

This year's show has been no different, with criticism of acting nominations for Johnny Depp and Angelina Jolie for "The Tourist," a critical and commercial flop.

Still, the show has been known to boost the Oscar chances of some contenders and to be more unpredictable than other award shows.

Like many of the actors and actresses it spotlights, the Golden Globes has had its share of scandal.

In the late 1960s, the Federal Communications Commission questioned the authenticity of the voting process, and the show was knocked off the air for several years. The FCC cited the network for careless oversight in failing to verify the credentials of the voters and the secrecy of the results.

Russell's lawsuit notes another controversy that cast the Globes into relative obscurity for more than a decade.

In the early 1980s, the awards show lost its broadcast deal with CBS after its members were accused of receiving favors in exchange for giving actress Pia Zadora a newcomer award.

In 2008, the show was reduced to a press conference when actors refused to cross picket lines during the height of a Hollywood writers strike.

Since 1996, the ceremony has been broadcast by NBC, which Russell said was due in part to his work rebuilding the association's credibility. According to the lawsuit, the network has paid $12 million a year for the broadcast rights in a deal that expires after Sunday's show. The lawsuit claims a renewed license fee could jump to $26 million a year.

NBC did not immediately respond to a request for comment on the lawsuit.

The association currently has 90 members from six continents, far less than the roughly 6,000 voters who select Oscar winners.