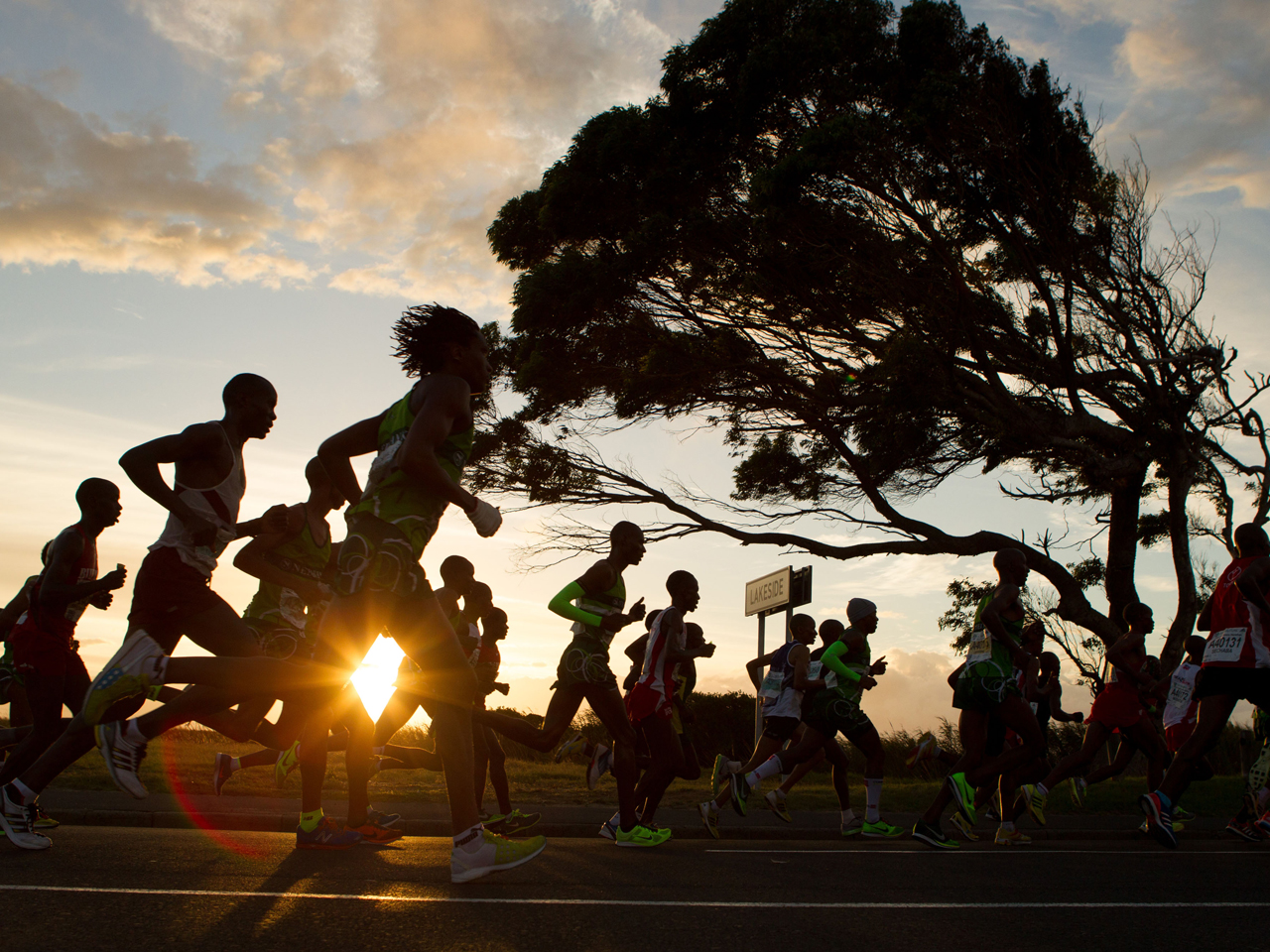 When running an ultramarathon, it may be better for your body to go for the 200-mile distance instead of selling yourself short and stopping after 100 miles.

Researchers compared runners who completed the 210-mile Tor des Geants and the 103-mile Ultra-Trail du Mont-Blanc, looking at the effects of sleep deprivation and also taking blood and muscle samples to measure inflammation and muscle fatigue. They found out that at the end of the race, the Tor des Geants runners had less muscle fatigues and soreness compared to their counterparts who had run half the distance.

The distance isn't the only challenge when completing the Tor des Geants. You only have 150 hours to complete the course, which includes more than 78,740 feet in elevation changes. Last year's winner finished the course in a little under 76 hours.

Researchers tracked the vital statistics of 25 Tour des Geants runners, who represented the top third of the group. The runners went through a 20-minute series of tests before, during and after the race. Researchers collected data about muscle strain in the knees and foot, and recorded the electrical activity of the muscles through electrical stimulation sensors. Data on the 100-mile runners was gathered from a previous study.

The researchers discovered that the longer distance runners had 30 percent more strength in their lower leg muscles than the people who only completed the 100-mile course.

The reason why the 200-mile runners weren't as fatigued as the 100-mile group may be due to pacing. The Tor des Geants runners averaged 3.4 miles per hour during their course, while the 100-mile runners took a faster 4.5 miles per hour pace. Though the Tor des Geants runners tried to ward off sleep in the beginning, they eventually got up to nine hours of sleep during their whole race in 20 to 30 minute naps. They also spent much more time walking part of the course than their counterparts, which allowed their muscles to relax and recover much more.

"This is fascinating research," ultramarathoner Dean Karnazes told National Geographic. "I have done a good many runs over 200 miles (320 kilometers) and been surprised to find myself feeling surprisingly good the next day--often better than when I have run much shorter races. My support crews have also noticed much better than expected recuperation after really long runs."

The study was published in PLOS One on June 26.

"It's good work," exercise physiologist Martin Hoffman of the University of California, Davis, told Science Magazine. "Field studies of this nature are quite challenging, so just pulling off this study is remarkable," he says. "It makes perfect sense that the markers of stress and fatigue would be less affected than in shorter events, since the runners would have been exercising at lower intensity to continue for the longer duration."