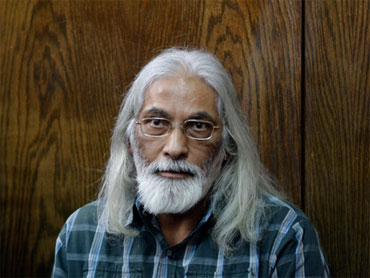 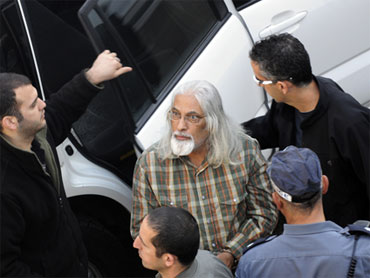 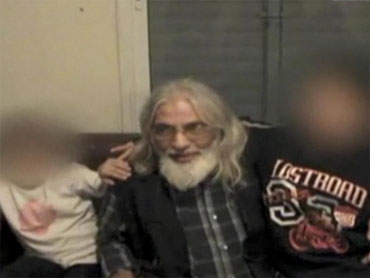 (Channel 10/CNN)
JERUSALEM (CBS/AP) An Israeli cult leader and polygamist, Goel Ratzon, husband to 21 and father to 49, was indicted by an Israeli court Sunday, on multiple counts of enslavement, rape, incest and sodomy.

Photo:Israeli Goel Ratzon sits in a courtroom at the district court in Tel Aviv, Sunday, Feb. 14, 2010.

Prosecutors allege that Ratzon positioned himself as a savior and omnipotent being in order to entrap and enslave at least 21 women in a cult-like family. The women bore him 49 children and he kept the entire family isolated from the world in his compound-like collection of buildings outside Tel Aviv.

Several women have come forward since his arrest in January with details of their unconventional lives, describing their attraction to the man with flowing, long white hair. Some of the women have said they found him irresistible, and said in recent interviews that he connected with them spiritually.

The 25-page indictment provided a disturbing view into life in the compound, accusing the 60-year-old Ratzon of setting himself up as a "godlike" figure with healing powers and the ability to cast curses, who preyed on troubled women while treating them like "chattel."

Photo: Goel Ratzon with two of his 49 children, from a Channel 10 documentary.

Beyond the mental and physical control Ratzon had over his wives, he effectively controlled all of their finances, the indictment says. The women deposited major chunks of their social security payments and salaries into the family's account, paid for all of his living expenses and bought him all his property and anything he demanded, authorities charge.

But Ratzon says his relationships with his women were based on love and respect. "There was no slavery. We had warm relations," he told Israeli newspaper Yedioth Ahronoth. There was a "full understanding between us, a genuine desire to help one another. A woman does not stay in a place she is not pleased with for 15 years."

Many of the women tattooed images of the chubby, bespectacled Ratzon with his flowing white hair on their bodies. Others tattooed his name on their neck and arms.

They gave the children they bore with Ratzon variations of his first name Goel, which means "savior" in Hebrew.

Police said that they have known about Ratzon and his women for nearly a decade, but it wasn't until three of his wives came forward with complaints to welfare authorities that they were able to do anything about it.