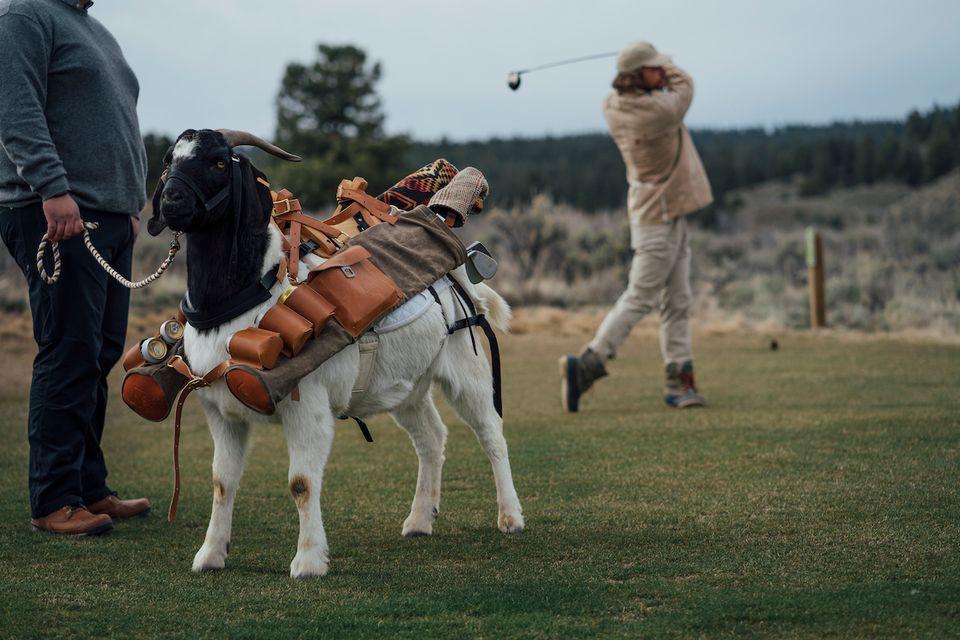 At one golf resort in Oregon, players will be allowed to swing and putt with a new breed of caddie. Slivies Valley Ranch in Seneca have enlisted goats to carry clubs, tees and drinks on its "fun, care-free" seven-hole course set to open in July, according to its website.

Slivies Valley Ranch, a working goat and cattle farm with three golf courses and a spa, will feature four goat caddies, "who really know the course and won't give you bad advice." The kid caddies will only be available on the McVeigh's Gauntlet course, which the website describes as steep in places, hence the need for the animals.

The specially-trained goats wear custom-designed golf packs, follow golfers as they walk the course and work for peanuts, the ranch says.

Tygh Campbell, who owns the ranch, told the Oregonian/Oregonlive he came up with the goat caddie idea and asked Akbar Chisti, co-founder/president of golf accessories company Seamus Golf, to help create the bag.

"I thought it was a hilarious idea," Chisti told the publication.

The goats weigh between 150 to 210 pounds and can carry a backpack up to 20 percent their own body weight, according to the ranch. The backpacks hold up to six golf clubs, a dozen golf balls, golf tees and six cans of refreshment, along with a few dozen peanuts for themselves.

The ranch says the full-time goats usually work three to four days a week, for about six hours each day.