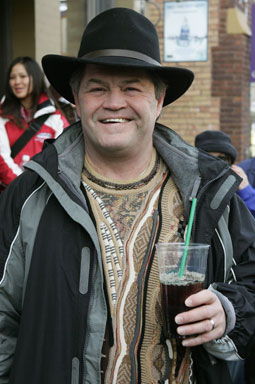 In a move long expected, General Motors Corp. said Monday it intends to spin off its Delphi Automotive Systems unit by the end of 1999 in an initial public offering.

Troy, Mich.-based Delphi is the world's largest supplier of automotive parts, with annual revenue of $31.4 billion.

Shares of GM, halted briefly pending the announcement, fell 1/8 to 72 3/16 in afternoon trading.

GM said it expects to offer 15-20 percent of Delphi's common stock in an initial public offering during the first quarter of 1999. Later, all Delphi shares held by GM would be distributed to holders of General Motors $1-2/3 par value common stock through one of the following scenarios, or both combined:

- A split-off transaction in which Delphi shares would be offered in exchange for GM $1-2/3 par value common stock to those GM stockholders who elected to participate in an exchange offer.

- In a spin-off, shares of Delphi would be distributed to GM holders at a rate if 1 2/3 a share per share of GM.

In a letter to employees, GM chairman John F. Smith Jr. wrote: "This decision comes after a long and exhaustive study to determine the best course for GM and Delphi in today's global automotive market.

The United Auto Workers did not have an immediate comment on the news. Union workers at Delphi have been worried about GM plans to sell the plants, and those concerns played a part in the eight-week strike, which ended last week.

As part of the agreement to end the strike, GM agreed not to sell three Delphi plants until December 1999.