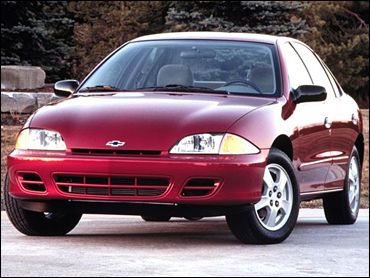 General Motors Corp. said Friday it is recalling 1.8 million cars to repair potential problems with the ignition switch that may cause a fire.

Of the total, 1.4 million of the vehicles are in the United States and 337,000 are in Canada. The remaining vehicles are outside these countries.

The vehicles are to be serviced to prevent high electrical current flow through the ignition switch that may cause a fire in the steering column.

The automaker said there have been reports of 80 incidents of heat build up, melted components smoldering parts, or fires in the ignition system and steering column with no injuries or fatalities reported.

Most of the incidents occurred within minutes of an unsuccessful attempt to start the car, GM said.

In some of the vehicles, the ignition switch may deteriorate if the battery is weak, the engine fails to crank, and the driver holds the key in the "start" position for an extended period.

Due to the number of vehicles involved in the recall, the repair process will occur in three phases.