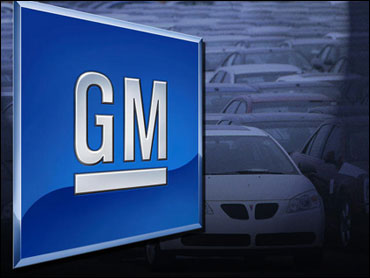 General Motors Co. is offering deep discounts on its remaining Saturn and Pontiac vehicles, as it looks to move the leftover inventory of the soon-to-be-dead brands, according to a published report.

The automaker will pay dealers $7,000 for every new Saturn or Pontiac left on their lot if the vehicle is moved to dealer-operated rental or service fleets, according to The Wall Street Journal, which cited a letter mailed to dealers. This enables the dealers to sell the cars and trucks to consumers at a discount, although the vehicles would be labeled as used because the dealer would technically be the first owner.

The offer expires Jan. 4, according to the newspaper. GM spokesman Tom Henderson confirmed the details of the incentive plan Tuesday.

"That was the purpose of the programs -- to help dealers reduce those inventories," he said.

The decision to discount Saturns and Pontiacs comes as GM closes down both brands under the Detroit automaker's restructuring plan. The shutdown of Pontiac was announced earlier in the year. GM announced this fall it would discontinue Saturn after a deal collapsed to sell the brand to Penske Automotive Group Inc.

Besides Pontiac and Saturn, GM is selling Hummer to a Chinese heavy equipment maker and is likely shuttering the Swedish brand Saab. That would leave the automaker with four core brands: Buick, Chevrolet, GMC and Cadillac.

GM's typical offers discounts that are much smaller. According to the auto research Web site Edmunds.com, GM's incentive spending in November totaled $4,270 per vehicle, on average.

Michelle Krebs, senior analyst of Edmunds.com, said on "The Early Show" Wednesday the deals are very good on these vehicles right now, but there are some drawbacks.

General Motors, she said, will cover the warranty on the vehicle, but the big issue with buying one of the discontinued brands is trade-in or resale value.

"It won't be worth very much," Krebs said. "My recommendation would be drive it until it dies. … Drive it until the wheels fall off."

Krebs added buyers should research the vehicles to get the price they want at the dealership.

"Know what people are generally paying. Know what the rebates are," she said. "Go in armed with a lot of information to the dealership."