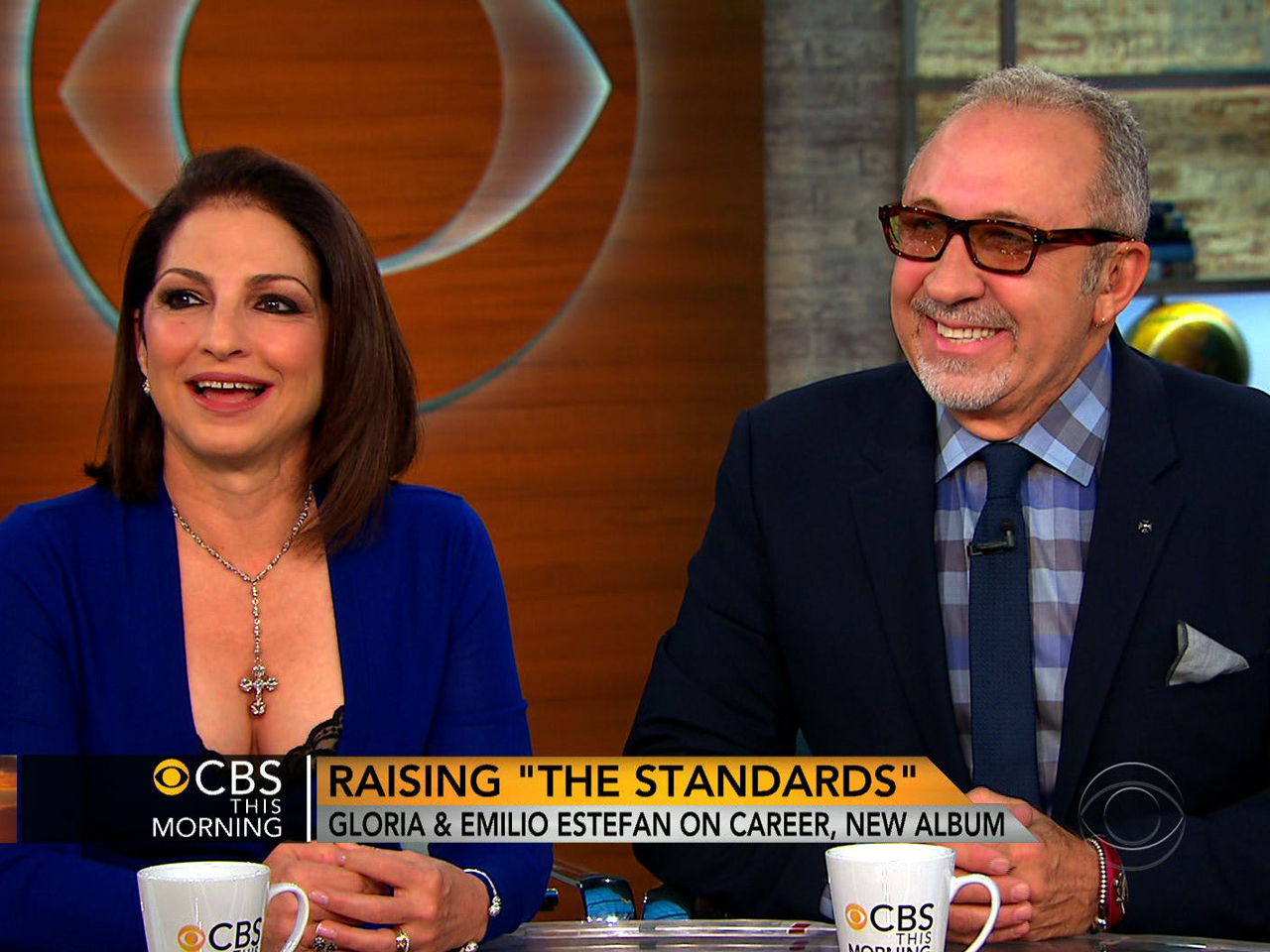 (CBS News) Gloria Estefan and her husband Emilio Estefan are the team behind more than three decades of hit music. And now they're working together again.

Gloria Estefan's latest album "The Standards" is a collaborative effort with Emilio. Emilio and composer Shelly Berg co-produced the new release, to go on sale Tuesday in stores.

But what makes the romantic and working relationship work after 35 years of marriage?

Emilio Estefan said on "CBS This Morning," "(Gloria) makes the whole decision on her career. I make my own decision. Of course, we talk to each other. I think it's communication and respect and love. I think it's very difficult to work with your wife. But, you know, we love each other."

Gloria Estefan, who began dating Emilio when she was a teenager, said, "He was my first and only. You don't know any better!"

Emilio Estefan added, "Listen, you say that I'm so good, you never try anybody else, you don't know."

But as a couple, things are not always in sync. Gloria Estefan said, "(Emilio has) a good commercial mind and an ear for what people love. He works very much along those lines. Especially in the beginning when they'd offer me all this money like to do an endorsement for a product. And I didn't particularly like the product, I'd say to him, 'Hmm, I'm not going to do this.' He said, 'I'd eat the can for a quarter of the money they're giving (you)'."

"The Standards" is Gloria Estefan's 27th solo album and the 31st of her career. It features songs from the classic American songbook. The album goes on sale Tuesday.

"It's full circle," Gloria Estefan said of the album. "A lot of people might think it deviates from something I do, but not really, because my ballads actually came to being, because these standards, songs like this, not only from Cuba, but from Nat King Cole, Johnny Mathis, Sinatra. I used to watch Dean Martin and 'The Andy Williams Show,' as a little girl. Being a musician I was watching because I love the music, it was rich. And that's the first stuff I sang for my parents on my guitar. 'Moon River,' 'Smile,' It's a Wonderful World,' it's really my heart, this genre."

For more with the Estefans on her new album and their lives together, watch the video above.