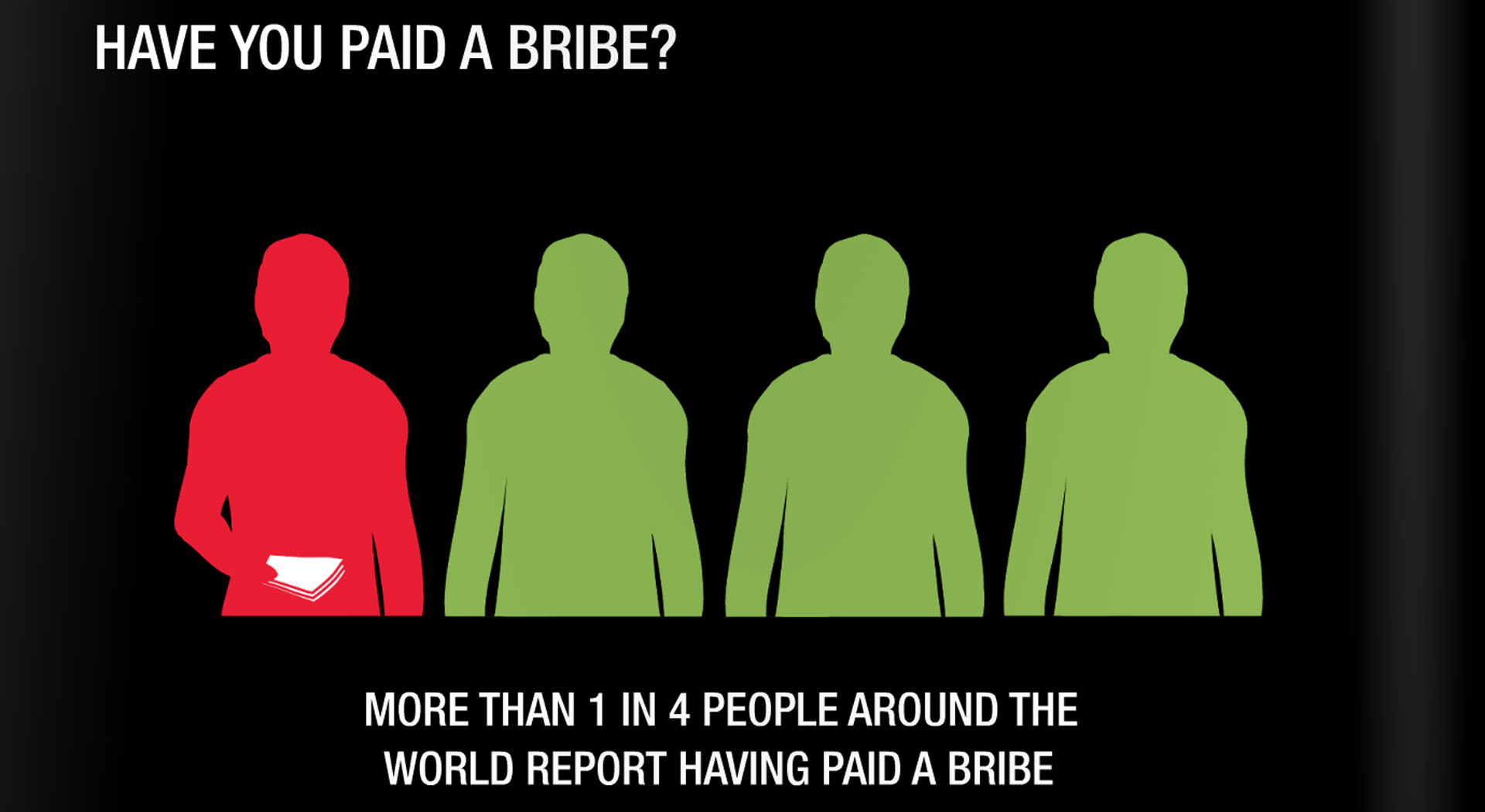 The protests that have raged globally in the past few months, from Turkey to Brazil, to the ongoing turmoil in Egypt, have appeared to share a common root: a widespread feeling of government mismanagement and cronyism.

A new report from the international anti-corruption watchdog Transparency International finds that mistrust in governing institutions extends beyond those countries, and beyond the protests in the streets.

According to a survey released Tuesday, a majority of people across the globe feel that corruption has worsened in their countries, and that their governments are ineffective in combating it.

According to the survey, more than one in four people reported paying a bribe in the past year.

The survey asked respondents to rate the corruption level of their countries' institutions on a one-to-five scale, in which five meant "extremely corrupt."

Political parties were considered to be the most corrupt globally, with an average score of 3.8 out of 5.

"As political parties require money in order to run their campaigns, one of the big corruption risks for political parties is how they are funded," Transparency International wrote in its report. "The interests of the people and organizations that fund political parties can have a large influence on the actions of those parties."

Political parties fared worse in the United States, where the 1,000 respondents surveyed gave them a corruption score of 4.1.

Globally, police came in a close second, with a corruption score of 3.7. Nearly a third of respondents who came into contact with police reported having paid a bribe.

According to the report, the media industry had an average global corruption score of 3.1, making it the ninth most corrupt of the 12 institutions in the survey. In the United Kingdom, Australia, New Zealand and Egypt, it ranked number one.

And while 53 percent of respondents felt corruption had increased in the last two years, a majority also believed that their governments couldn't fix the problem. According to the report, 54 percent of respondents view government as ineffective in combating corruption, up from the 47 percent recorded in Transparency International's 2010-2011 survey.

"When there is widespread belief that corruption prevails and that the powerful in particular are able to get away with it, people lose faith in those entrusted with power," Transparency International said.

In the survey, 54 percent of respondents felt that governments largely run for the benefit of self-interested groups. In the U.S., 64 percent said the government is run by a few big interests, compared with 5 percent who felt the same in Norway, and 83 percent in Greece.

The survey wasn't all bad news. Nine out of ten respondents said they would act against corruption, and two-thirds of respondents asked to pay a bribe said they refused.