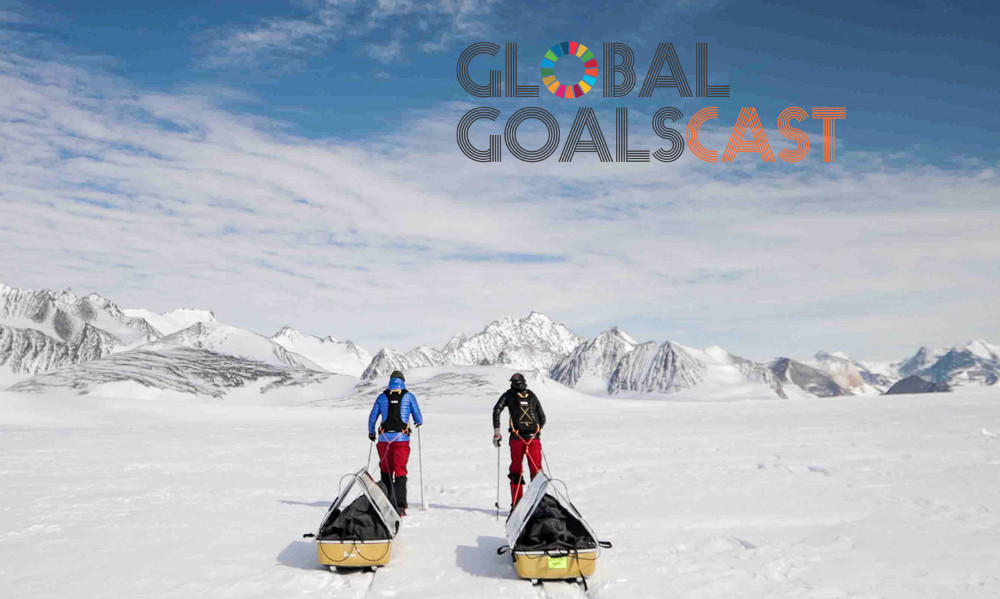 For explorer Robert Swan, returning to Antarctica in 2017 meant returning to the site of one of his lowest lows. In 1985, an expedition he led on a record-breaking march to the South Pole turned sour. The boat that promised to take his team home had sunk, crushed in pack ice, leaving him and his crew stranded with no way to take their base and all its mess off Antarctica as promised. The escapade left Swan $1.2million in debt.

That story can be heard in the "Green Miniseries Part 2: The Commitment." It's part of the Global GoalsCast, a podcast created to inspire listeners to make the world a better, and more sustainable place.

When Swan did figure out how to make it home, bad news from the South Pole had already arrived.

The ozone layer has been monitored at British Antarctic Survey research stations in Antarctica for over 50 years. Jon Shanklin was involved in the shocking discovery in 1985 that the ozone layer was thinning, dramatically so. Shanklin worked in the Antarctic when all the observations were pen-and-paper, and his job of processing the data led him to discover the thinning.

"As we worked back through a backlog and were sort of doing the present data it becomes suspicious that we were seeing quite low ozone levels and eventually I worked back through all the missing data and was able to show that there was a systematic decrease in the amount of ozone above our Halley station."

For many, the ozone layer was the first understandable climate crisis. Its demise could be linked directly back to human activity, and had a direct human impact. Use of chloroflourocarbons in aerosols and fridges created a hole in the layer that protects us from UV rays, creating a greater risk of skin cancer.

"The initial reaction I think was one of shock," said Shanklin.

"Really in the space of little over a decade, it went from being barely detectable to over half ozone layer disappearing, and as a consequence of this very rapid change I think that focused the minds of the politicians and today every single member of the U.N. has signed up to the Montreal protocol. And that treaty really is working, we can see the amount of chlorofluorocarbons and other ozone-destroying substances and atmosphere going down and we can also see the beginnings of a recovery in the Antarctic."

The news of the hole in the ozone layer kicked off a global journey to greater understanding of the atmosphere, one which coincided with Swan's long journey out of debt. Actor Sir John Mills coached Swan in public speaking and sent him on his way to tell his tales of derring-do. Swan would go on to become one of the world's most in-demand adventurer-speakers, travelling the world talking about his adventures.