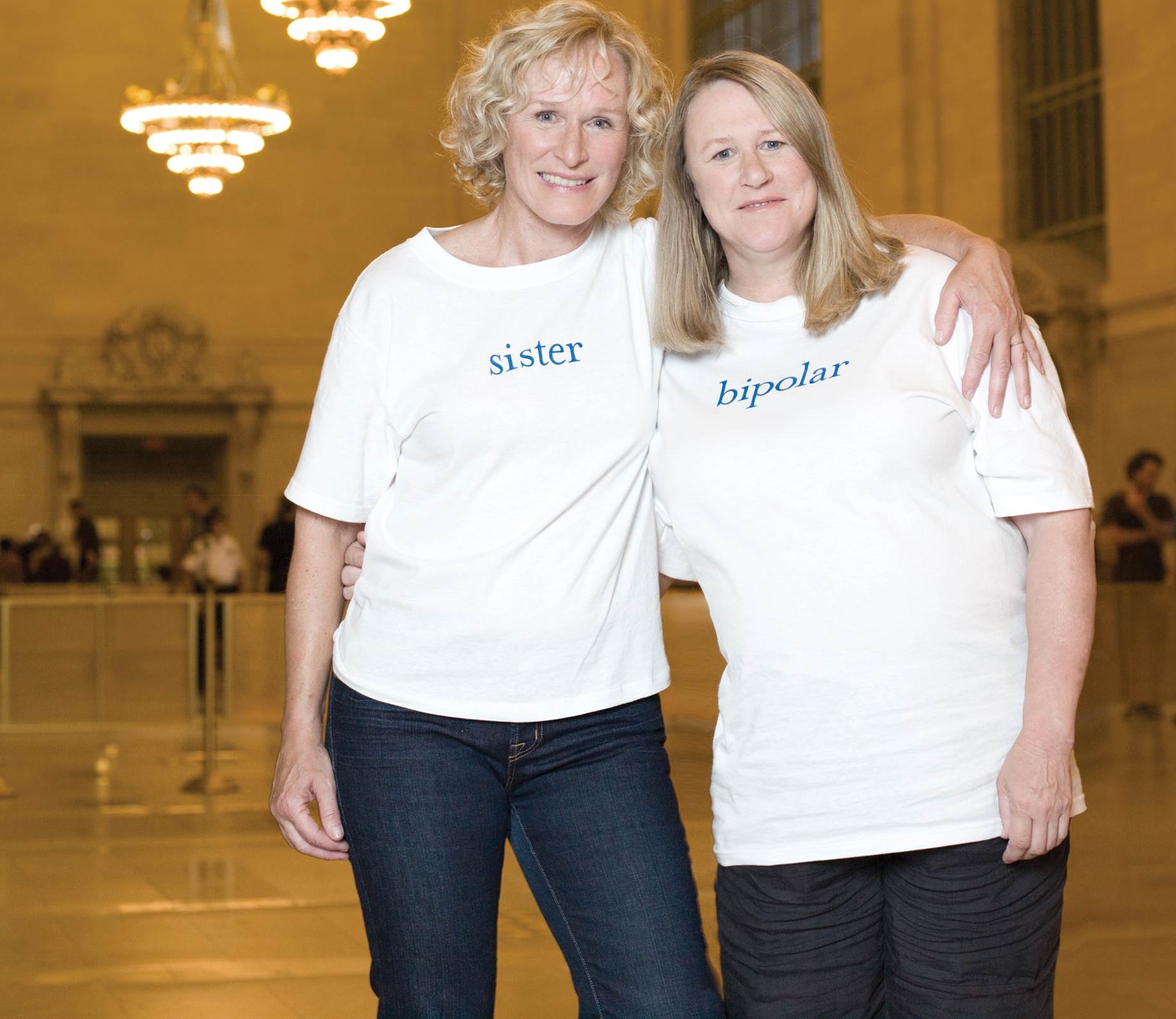 For the first time, on "CBS This Morning," actress Glenn Close is revealing details about her family's troubled past.

From a young age, Glenn and her sister, Jessie Close, led almost completely different lives. They lived in different parts of the country -- Glenn was pursuing an acting career in New York, while Jessie was on a path of self-destruction in rural Montana. But now, the sisters say they are closer than ever, brought together by Jessie's illness, reports CBS News correspondent Jan Crawford.

Glenn's portrayal of a psychotic lover in the 1980s film "Fatal Attraction" was the role that made her a star. But even while playing a deranged woman, Glenn had no idea of the psychosis in her own family and the mania that had overcome her younger sister.

She said even 20 years ago, her family just wasn't connecting the dots.

"No, how we grew up. People didn't go see psychiatrists," Glenn said. "There's other people who have, but not us."

Jessie and Glenn came from a prominent old-money Connecticut family, but their upbringing was anything but idyllic. Their parents joined a religious cult, and when Jessie was seven years old, the family moved to the group's compound in Switzerland. After breaking free from the controlling sect, their parents lived between Africa and Wyoming.

The family splintered apart. As a teenager, Jessie began hearing the demons.

"Mania can be fun for a short while. But then it's exhausting," Jessie said. "And it's destructive."

Jessie recounts it all in painful detail in her book, "Resilience." Her life became a blur of drugs, alcohol, sex, abusive relationships and bad decisions.

She said it may only be by the grace of God that she's alive.

There were five husbands, and eventually three children. Jessie was abandoned by her own parents and looking back, has felt like she abandoned her own kids.

"I mean, my daughter, I would tell her that I had the flu. And I had the flu a lot. I was drinking so heavily," Jessie said. "She would try and find something to eat. And there wouldn't be anything to eat. So she'd have to try and get Mommy up and into the car and go to the market."

But her disease got in the way.

"I was so psychotic, I didn't believe the market was there. So I'd have to just believe in my daughter that, when she said, 'The market's down the road,' it's down the road," Jessie said. "We're talking about a little girl."

When Jessie was 47 years old and living on a farm in Montana, she decided to end her life. She walked outside to find the gun in her truck.

Jessie said it was her children who stopped her from going through with it.

Jessie's mania had spiraled out of control.

"I mean, when you're skimming along above everybody in a manic state, or if you're buried down under the dirt with a depressive state, it's very difficult to love somebody who's in one or the other of those states," Jessie said.

But Glenn said it was a special connection between her sister and she from when they were little that prevented her from deserting Jessie.

"I kind of always felt I was her caretaker, in a way, even though life intervened dramatically," Glenn said

But it wasn't until Jessie's son, Calen, started to hear the same demons that she decided to confront her own illness.

Glenn said she realized her sister was ill when Jessie approached her and said "I can't stop thinking of killing myself."

With her sister's support, she checked into a hospital and, at 51 years old was finally diagnosed with bipolar disorder.

Glenn said she never felt anger, but wished she could have done more.

"I mean, you can spend a lot of time regretting. Or you can actually do something about it. And I think what we decided is to do something," Glenn said.

Jessie has been sober for nearly 14 years. The only drugs she takes today are to treat her illness. She and Glenn have launched an awareness campaign, with the hopes of removing many of the stigmas around mental disorders.

"I think it might help people save someone they love. I think it has huge potential for is to give people courage," Glenn said. "Courage to talk about their pain and their fear and what they might be secretly afraid of and secretly thinking of."

Jessie said courage is important because it's the first step toward getting help.

Jessie and Glenn point out that one in four people is diagnosed with a mental illness at some point, and the sisters are hoping to bring light to an issue that they feel needs to be addressed.