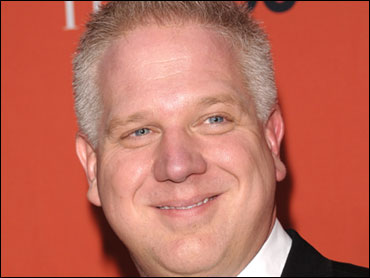 Beck made the statement during a guest appearance Tuesday on the "Fox & Friends" morning show. He said Obama has exposed himself as a person with "a deep-seated hatred for white people or the white culture."

His remarks came during a discussion of Obama's reaction to the arrest of Harvard University scholar Henry Louis Gates Jr. Gates is black and was arrested for disorderly conduct by a white policeman over a misunderstanding about a break-in at Gates' home.

An Obama spokesman, William Burton, said the White House had no comment on Beck.

Beck's statement was challenged on the air by Fox host Brian Kilmeade, who noted that most of the people who work for the nation's first black president are white.

"I'm not saying he doesn't like white people," Beck said. "He has a problem. This guy is, I believe, a racist."

Beck wondered, during the discussion, what other president would immediately jump on the police for their actions in the case. Obama said in a news conference that he believed the police acted stupidly in the case, but later backtracked from the statement and invited Gates and the police officer, Sgt. James Crowley, to the White House for a conciliatory meeting later this week.

Bill Shine, Fox News senior vice president of programming, told the TVNewser Web site that Beck had "expressed a personal opinion which represented his own views, not those of the Fox News Channel. And as with all commentators in the cable news arena, he is given the freedom to express his opinions."

Beck, also a radio host and best-selling author, was an immediate hit with Fox News Channel viewers, starting in January when he made the jump from HLN (formerly CNN Headline News).

Beck didn't speak about the racial comments on his own daily Fox show Tuesday.