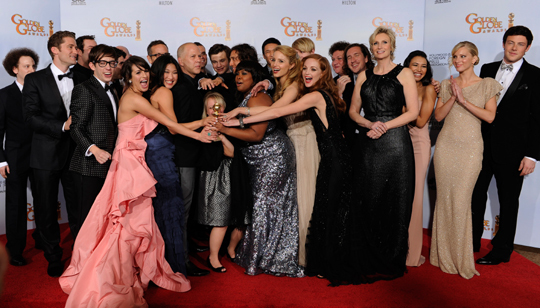 (CBS) Will Rebecca Black be taking a seat at William McKinley High School?

The stars of "Glee" have been known to cover songs from the likes of Lady Gaga, Britney Spears and Katy Perry but now come reports that the students of McKinley High School are preparing to cover Black's viral hit "Friday."

Glee's prom-centered episode will include a cover of Black's "Friday," according to a report from New York magazine. So who exactly is getting down on Friday? Marking Salling, Kevin McHale or Chord Overstreet will have the honor of performing the song, though it may be all three who belt out the tune.

Currently, the music video has more than 100 million views on YouTube and continues to grow with each passing day, despite the harsh criticism the13 year old has received. Even from a child's perspective, many have responded negatively to the song.