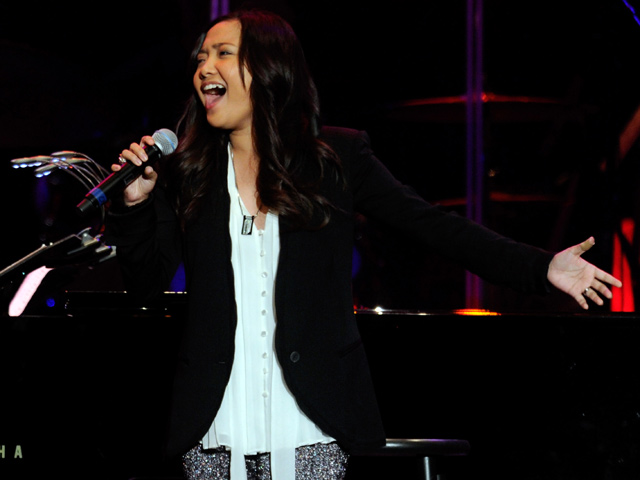 (CBS/AP) The estranged father of singer Charice Pempengco of the hit TV show "Glee" was stabbed to death in the Philippines Monday, leading the teen singer to pull out of concerts in Singapore.

The singer apologized to her fans for having to skip the shows Wednesday and Thursday so she could travel home to the Philippines.

"I am not going to be there to be part of David Foster and Friends concert," she said in a post Tuesday on Twitter. "I have to go back to the Philippines as soon as possible to be with my family."

Her father, 40-year-old construction worker Ricky Pempengco, had been at a small grocery store in San Pedro township, south of Manila, late Monday when he brushed against a drunk man who became angry and stabbed him with an ice pick in the chest and back, according to the Laguna province police chief, Senior Supt. Gilbert Cruz.

A manhunt has been launched for the suspect, with a 20,000 pesos ($470) reward for information leading to his arrest. Cruz said the killing appeared random and there was no indication the suspect and victim had any prior grudges.

Charice had long been estranged from her father, but in another Twitter post Tuesday, she said she once had a "really great relationship" with her father before their family troubles began.

"I loved him and I will still love him," she wrote. "He's still my Dad after all."

The 19-year-old songstress got her big break at age 15 when she was asked to appear on "The Ellen DeGeneres Show" after a fan video of her on YouTube that went viral.

She also appeared on the "Oprah Winfrey Show" and has had a recurring role on "Glee" as the character Sunshine Corazon.