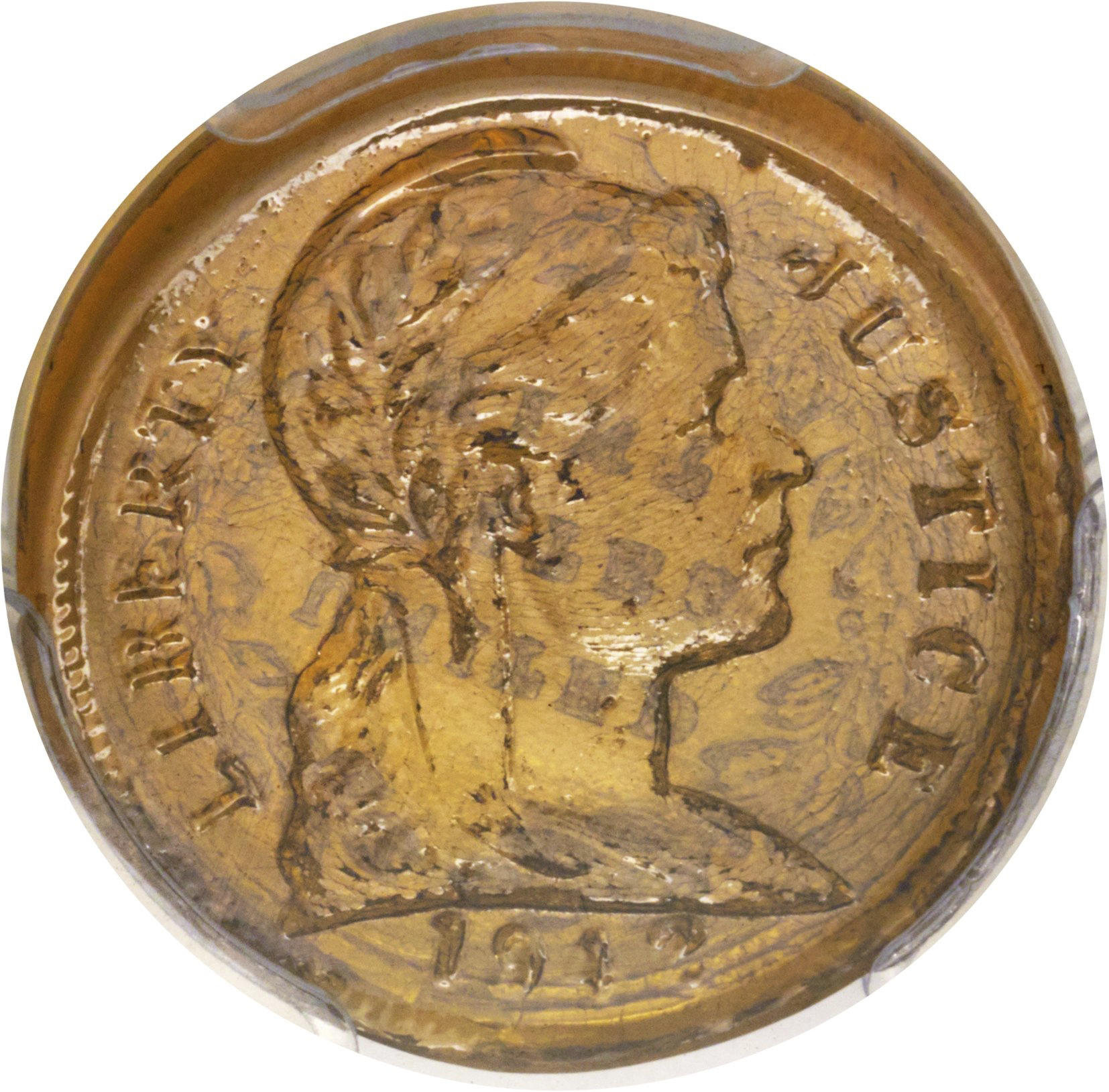 FORT LAUDERDALE, Fla. -- Faced with a copper shortage at the beginning of World War II, the U.S. Mint authorized experiments to make pennies from other metals, plastic and rubber.

A Tennessee company made some from glass and failed so spectacularly that only one known unbroken penny remains - and it is scheduled to be auctioned Thursday. Another broken piece is also known to exist.

The Fort Lauderdale-based Heritage Auctions  will conduct in-person and online bidding for the coin that it hopes will exceed $30,000.

The coin is owned by Roger Burdette, who wrote a book about World War II experimental coins and purchased the piece during a small online auction last summer “for several thousand dollars.” He declined to be more specific.

“I knew pretty well what it was from the illustrations, but I couldn’t be sure without examining it and that wasn’t a possibility without buying it,” Burdette said Tuesday. “These things have been so poorly documented.”

After the U.S. entered the war in late 1941, the military needed most of the nation’s copper to make ammunition and equipment. The U.S. Mint handed out dies to companies willing to make experimental, uncirculated pennies as it tried to find a suitable replacement.

The Blue Ridge Glass Co., a Kingsport, Tennessee, manufacturer that no longer exists, made an unknown number of pennies from a hardened, yellow-amber glass - Burdette’s survivor looks something like a round cough drop.

Burdette, a retired Potomac Falls, Virginia, technical researcher, says that according to a report the company filed with the Mint, the glass coins didn’t have the precise images needed and couldn’t be made a uniform size and weight. The coins also developed sharp edges that could cut fingers.

He believes the company destroyed or threw away most of its stock. He said he tried to contact the previous owner to find out where he got the survivor, but without luck.

In 1943, the Mint made pennies from low-grade steel covered with zinc. Those shiny coins came with their own problems, including looking too much like a dime. By 1944, the Mint began making copper-based pennies again, using shell casings collected from military training sites.