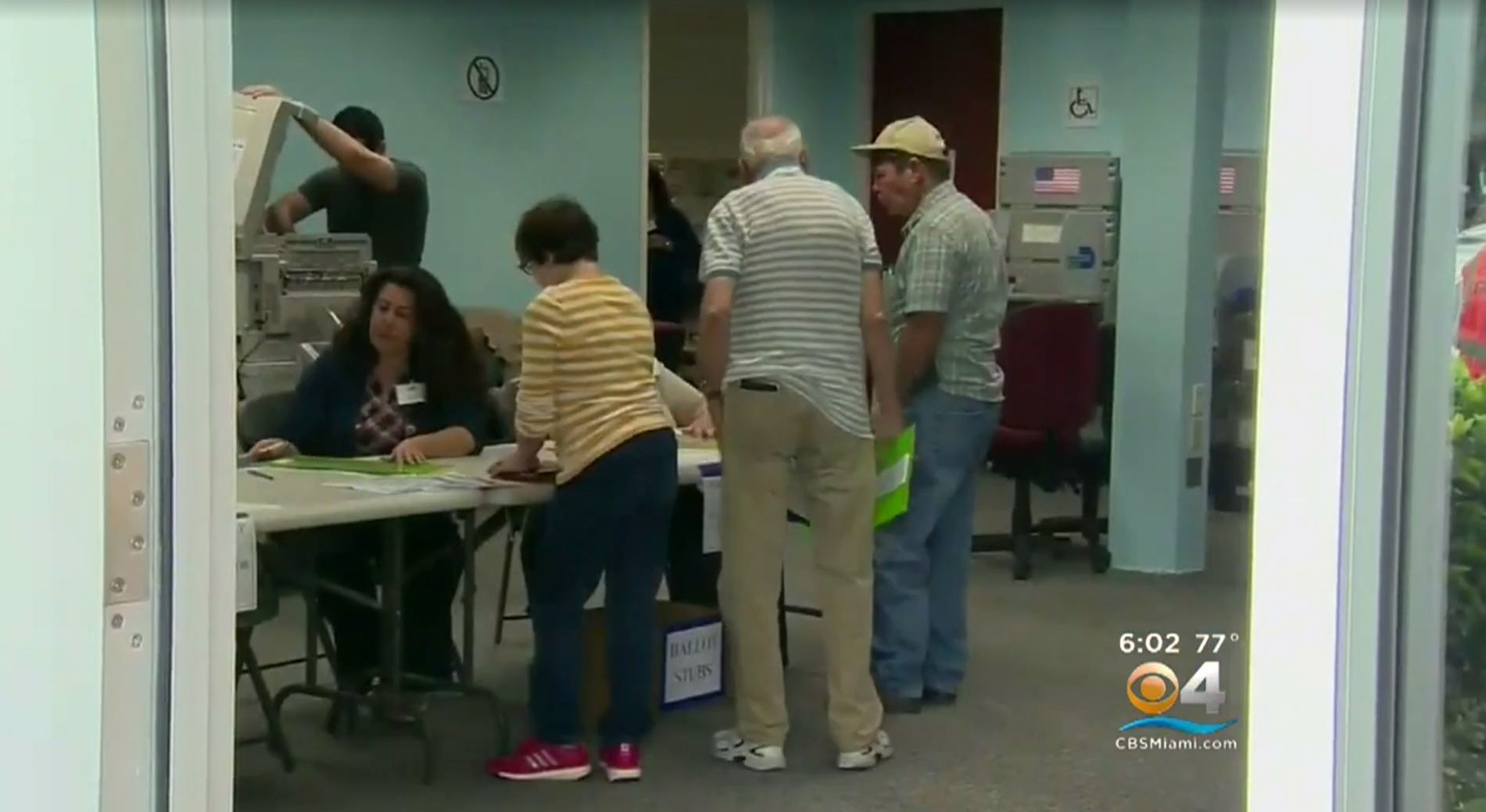 Gladys Coego, 74, a temporary Election Support Specialist for the Miami-Dade Elections Department tasked with opening mail-in ballots and scanning them into the machine, is accused of marking ballot choices that were originally left blank, according to CBS4 News partner The Miami Herald.

She was allegedly caught red-handed by colleagues on Tuesday filling in ballots favoring Miami-Dade mayoral candidate Raquel Regalado. Investigators have initially determined that Coego has no affiliation or link with the Regalado campaign, however.

In a second arrest, police said Tomika Curgil, 33, filled out voter-registration forms for five citizens without their consent and submitted at least 17 forms for people believed to not exist, including several who are dead.

Authorities said Curgil was hired as a canvasser to register voters for People United For Medical Marijuana.

“Police observed Ms. Curgil’s activities, noting that she had not left her residence during a day of ‘work’ and then submitted completed (and falsified) voter registration forms for the time she had been under police observation,” the State Attorney’s Office said in a statement. “Among the discrepancies noted in her submitted applications was the registering of individuals who were now deceased.”

Coincidentally, the incidents highlight repeated claims from Republican presidential candidate Donald Trump of “election rigging” by his opponents and the media. Though, from the billion votes cast since the 2000 election, only 31 cases of voter fraud have been documented, a report from The Washington Post discovered, showing smaller, isolated pockets of election abuse, rather than systemic or widespread rigging.

“Our law enforcement effort against these election law violators was swift and resulted in an immediate arrest of the wrongdoers. The Elections Department was quick to detect and report these violations to our Task Force,” stated Miami-Dade State Attorney Katherine Fernandez Rundle. “Anyone who attempts to undermine the democratic process should recognize that there is an enforcement partnership between the Elections Department and our Prosecution Task Force in place to thwart such efforts and arrest those involved. Now we need to move forward with the election.”

Both cases were investigated by a joint public corruption task force, consisting of police officers from several county jurisdictions, including Miami-Dade, Miami, Miami Beach, Doral and the Miami-Dade school district.