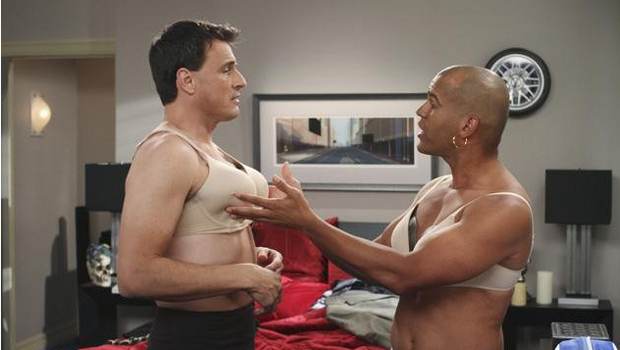 (CBS) Lesbian, gay, bisexual and transgender groups are coming down hard on ABC for its upcoming comedy, "Work It," which features two men who cross-dress to get jobs at a company that is looking for female employees.

GLADD and the Human Rights Campaign claim the show "reinforces false and damaging stereotypes about transgender people" and, according to The Hollywood Reporter, the groups have already scheduled a meeting with the network.

The groups also claim that the series comes at a time when more than a quarter of transgender people have been fired from their jobs because of their sexual orientation.

ABC, GLAAD and HRC are finalizing their meeting reportedly scheduled for the new year, according to THR.

The series is scheduled to premiere Jan. 3.