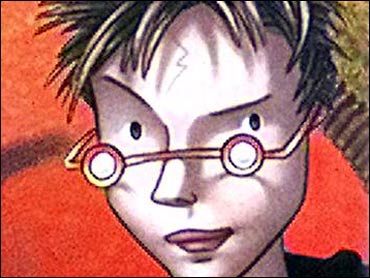 Rowling noted that while she is pregnant with her third child, she has had the time "needed to tinker with the manuscript to my satisfaction and I am as happy as I have ever been with the end result. I only hope you feel it was worth the wait when you finally read it."

With the new Potter book almost certain to come out in 2005, fans should be spared the seemingly interminable three-year wait between Potter IV, "Harry Potter and the Goblet of Fire," and Potter V, "Harry Potter and the Order of the Phoenix," which came out in the summer of 2003. Rowling did not say whether the new book's length would top the industrial-sized 870 pages of "Order of the Phoenix."

Rowling's announcement is potentially good news for booksellers, who have endured another year of slow sales. More than 100 million copies of the fantasy series, which debuted in 1997, are in print, and "Order of the Phoenix" sold an astonishing 5 million copies within 24 hours of publication. Sales have remained phenomenal even as Rowling's books have grown longer and darker, reflecting the boy wizard's maturation into adolescence.

Hollywood may profit as well: the first three Potter books were made into hit movies. The books have also inspired countless Potter paraphernalia, including candy, cakes, capes and toys.

Rowling has said that one of her characters will not survive her sixth book, but she refused to identify that character.

Potter himself is safe, at least for now. Rowling has said her teenage hero will survive until the seventh and final book in the series, but has refused to say whether he will reach adulthood.

Only recently, the book's completion seemed far away. In a message posted Dec. 10, Rowling said she had nothing "noteworthy to report, because I have been spending nearly all my time sitting in front of my computer writing, rewriting and taking the occasional break to bang my head off the desk in frustration or else rub my hands together in fiendish glee (I think the latter has happened once)."