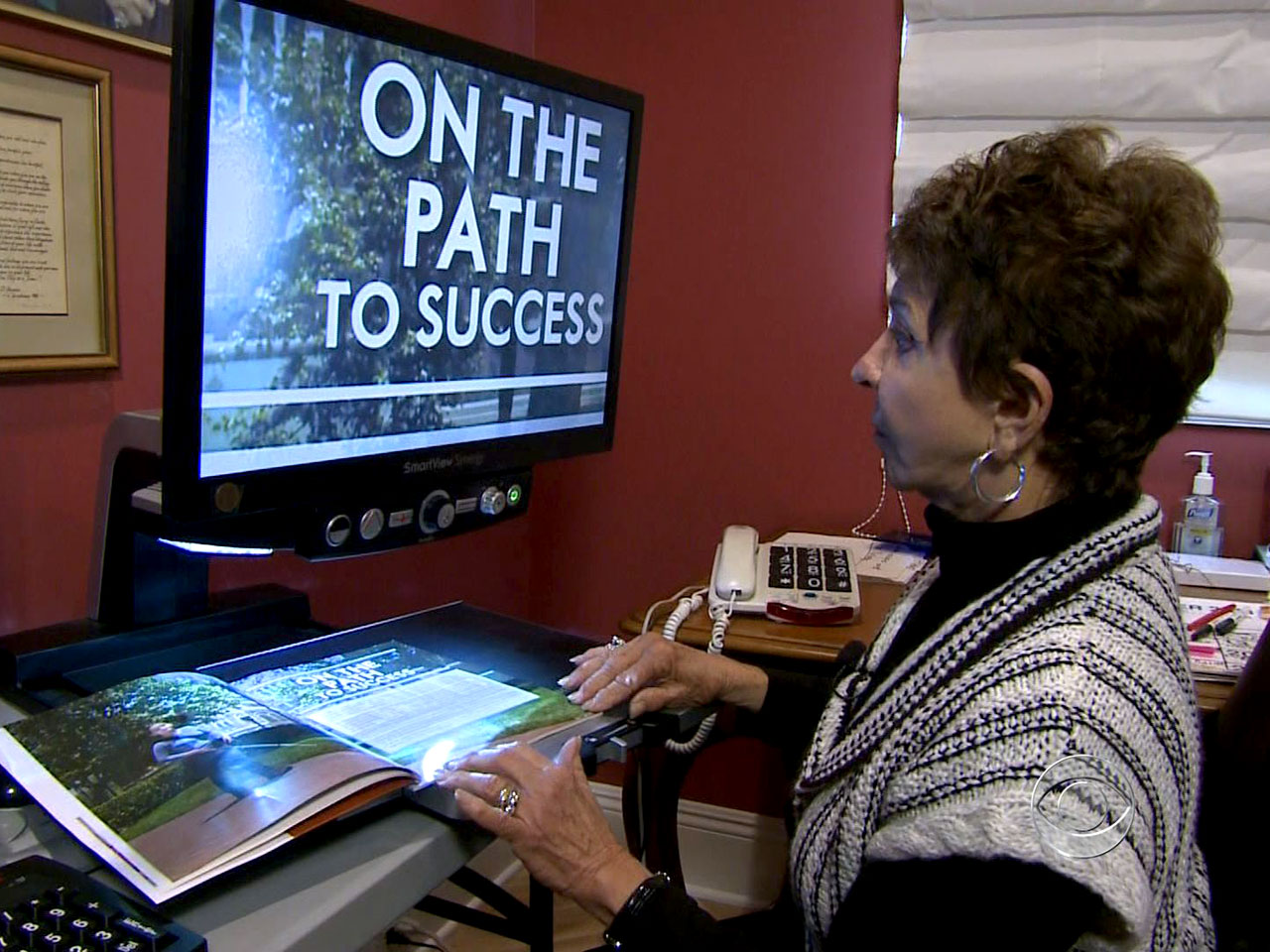 There is a new treatment for the leading cause of blindness in older people. The treatment uses embryonic stem cells, and Dr. Jon LaPook reports there is a new study out today showing the treatment's promising results.

Seventy-six-year-old Sue Freeman has gradually lost her vision to macular degeneration. As her sight faded, so did her independence.

"It was sad for me because I was so active and I think I shut down more than I thought I did. I didn't want to make plans with friends anymore because I gave up driving three years ago. That's the hardest. That was really the hardest," Freeman said.

Dr. Schwartz modified human embryonic stem cells in the lab and turned them into the RPE cells that were needed. He transplanted those new cells by injection into one of Sue Freeman's eyes. She noticed this after two weeks.

"I said, 'Oh my god, I can see my watch!' It was a little blurry but I can see the numbers. I was just like wow! This is incredible!" Freeman said.

But Freeman's retina had changed very little on examination and Dr. Schwartz wondered if somehow the placebo effect was at work. Results were quite different with patient number two, a 51-year-old woman also legally blind but with a juvenile form of macular degeneration.

"This patient, we've got some real evidence that we can hang our hat on that there's at a least a biological signal that we may be on the right track," Dr. Schwartz said.

The second patient asked that we not use her name. In this woman's case, Dr. Schwartz saw the new cells had taken root in her retina. CBS News asked her to compare vision, first in the eye that wasn't treated.

The patient described seeing things much better in the treated eye, adding "it's remarkable really."

Dr. Schwartz emphasizes these are preliminary results and is continuing this trial in more patients. The cells he's using come from a human embryo donated from a couple who had already had their children using fertility treatment. Schwartz says the science is much less far along with stem cells derived from other sources, like umbilical cords.