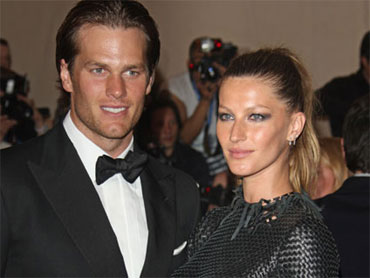 (CBS) -Gisele Bundchen and Tom Brady's bodyguards are scheduled to head to court in Costa Rica over allegations that they fired shots at two photographers during the couple's wedding in April 2009.

Miguel Solis, Manuel Valverde and Alexander Rivas will attend an "oral hearing" in Puntarenas on April 29, according to the Huffington Post, after chargers were filed by Agence France-Presse photographer Yuri Cortez and Rolando Aviles of Costa Rican newspaper Al Dia.

Cortez and Aviles claim the couple's security team tried to seize their cameras' memory cards while they were covering the football star and supermodels' wedding. They also claim the guards shot at their car when they drove away, blowing out the back windscreen.

The two later sued Brady, 34, and Bundchen, 31, for $1 million in New York in September 2009, but the lawsuit was thrown out by a judge who cited that the case did not belong in the state because neither of them lived there.

Brady, the quarterback for the New England Patriots, previously told Sports Illustrated that the photographers' claims are "absolute total b.s."

"We found two guys on our property, and we told them to get out," he said. "Our security guys didn't even have guns. There were no shots fired."