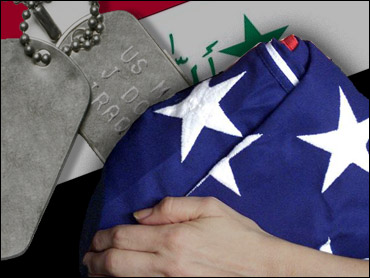 Army criminal investigators have opened a probe into the death of an Oregon soldier who was electrocuted while swimming in Iraq at a U.S.-operated base.

Spc. Chase Whitham's death on May 8, 2004, has been blamed on a pool motor shorting out that was improperly grounded. Whitham, 21, was in Mosul when he died.

His electrocution death is among five that military criminal investigators have reopened for further study after consultation with the Pentagon's Inspector General. Chris Grey, an Army Criminal Investigation Command spokesman, said Monday the case was opened in January but he would not provide specifics.

Whitham's mother, Laurie Whitham, said Monday that investigators told her they were focusing on the origins of electrical problems at the base where her son died. She said she hopes the new probe into her son's death might prevent future electrocutions, and that it's been upsetting to hear of others who were electrocuted.

"It just seems like if they saw there was a problem with the pump to the pool in my son's accident, that they would pay particular attention down the road to any other pump that they would have to hook up, especially one that was going into a shower," she said in a telephone interview from her home in Hammond, Ore.

Her son spent most of his childhood in Harrisburg, Ore., but he graduated from high school in Eugene, Ore.

Whitham's death is among 18 electrocution deaths under review by the Pentagon's Inspector General - 16 service members and two contractors. Some of the deaths were blamed on improperly installed or maintained electrical work. Three deaths occurred when soldiers were showering.

Whitham was serving with the 2nd Infantry Division, based at Fort Lewis, Wash.

The Army's criminal investigation division has reclassified another soldier's electrocution death as a negligent homicide caused by contractor KBR Inc. and two of its supervisors. Staff Sgt. Ryan Maseth, 24, a Green Beret from Pittsburgh, was electrocuted in his barracks shower in Iraq. An Army investigator said KBR's contractor failed to ensure that qualified electricians and plumbers did the work. The case remains under legal review; KBR has said it wasn't responsible for Maseth's death.