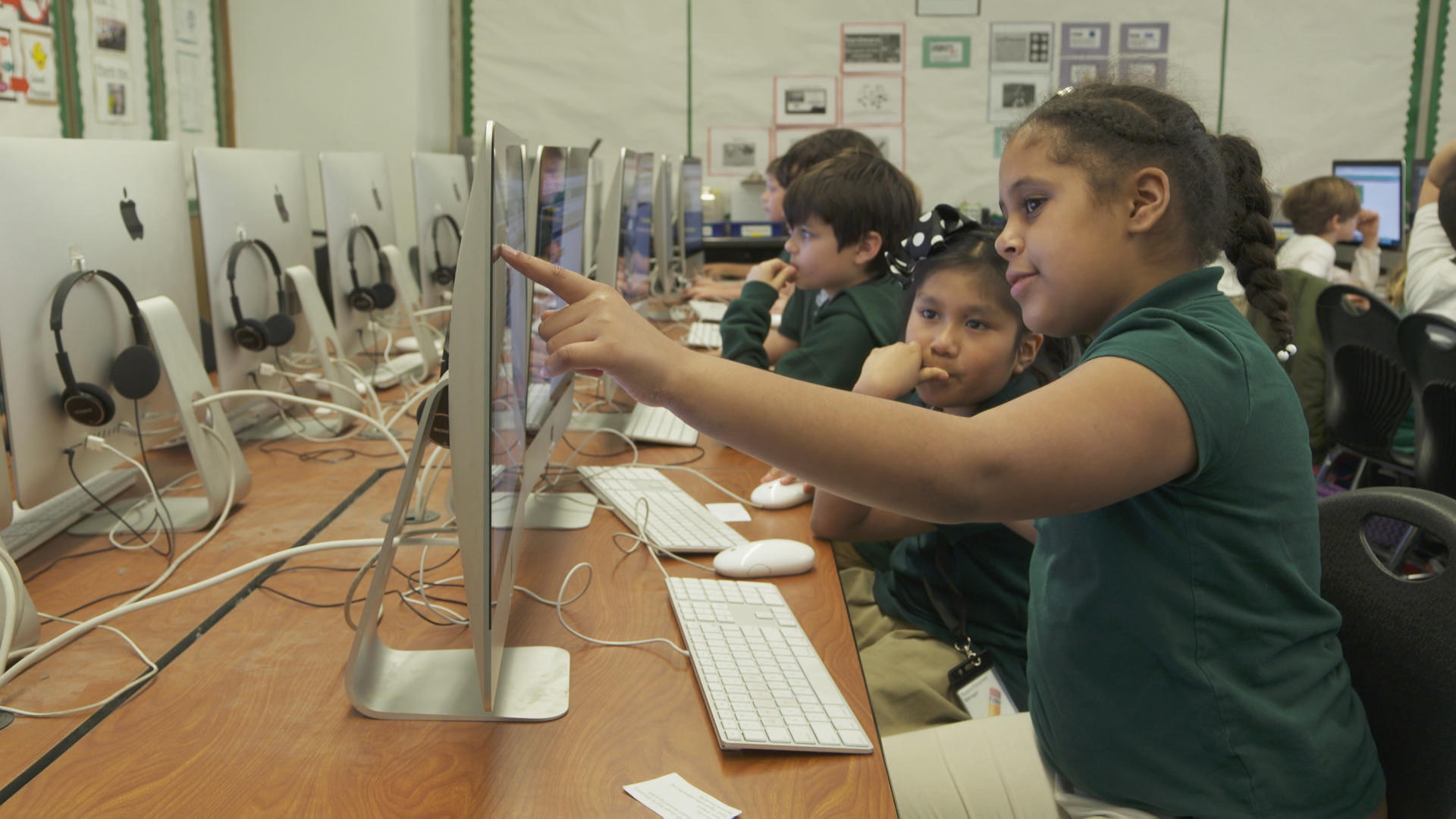 Two successful women in technology say getting more women into their field requires focusing on girls' education all the way back in elementary school.

Bonnie Ross, a Microsoft corporate vice president who runs her company's videogame studio, told 60 Minutes correspondent Sharyn Alfonsi the key to preventing girls from dropping out of tech fields is to make them more comfortable with computer science when they're younger. To do that, Ross thinks elementary and middle schools should make computer science classes mandatory.

"I do believe if we had it as required curriculum, I don't think you'd see that drop-off," Ross told Alfonsi in the clip above. "Because right now you have to make a conscious thought of, 'Am I interested in computer science and technology?' And for many of these girls, they're not."

If girls study technology along with their other subjects, they will more equipped to connect computer science with creativity, Ross said.

This week on 60 Minutes, Alfonsi reports on the push to close the tech skills gender gap. She speaks with Hadi Partovi, the founder of Code.org, a non-profit that aims to teach computer science to all American students. Partovi also told Alfonsi that, to increase the number of women in tech, the focus needs to begin well before women enter the workforce.

"Middle school is roughly when girls traditionally drop out of STEM fields," Partovi told Alfonsi on the broadcast. "And for computer science, they [have] not even been exposed to it at that young age in many cases. And that's when we need to start."

Like Ross, Ayah Bdeir has created a successful career as a woman in the tech world. She's the founder and CEO of LittleBits, a startup that makes electronic building blocks, modular pieces akin to Legos with built-in circuits.

Bdeir agrees that educating girls in STEM needs to start early—specifically between the ages of eight and 12.

The ages of eight to 12 are also the years when girls develop hobbies and interests, Bdeir said, which often align with what they're studying.

"And if, during that time, we don't try extra hard to keep them interested in STEM and keep them excited about science and engineering, and remove roadblocks that are either social or tactical or academic, then we lose them," she said. "And it's really difficult to get them back."

Bdeir said that tech startups in Silicon Valley have shown the importance of failure, and she thinks everyone should learn to handle situations when they don't succeed.

"Some of the most successful entrepreneurs boast about their biggest failures," she says in the clip above. "And somehow we've sort of made it more okay for boys and men to fail than for women and girls."

Kids feel anxious when they fail, Bdeir says and that anxiety is often more pronounced in girls because they're afraid to mess up.

To watch Sharyn Alfonsi's 60 Minutes report on cracking the code for girls in tech, click here.

An F-22 pilot on the sting of racial bias in the Air Force
Thanks for reading CBS NEWS.
Create your free account or log in
for more features.
View CBS News In
CBS News App Open
Chrome Safari Continue
Be the first to know
Get browser notifications for breaking news, live events, and exclusive reporting.