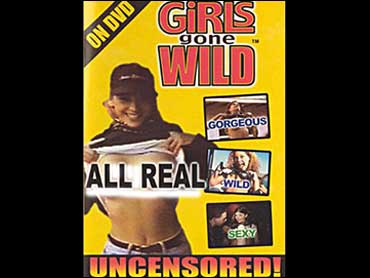 The company that produces "Girls Gone Wild" — racy tapes of young women baring their breasts — was ordered to pay a woman $60,000 after a jury determined that filmmakers illegally used her image in a video.

"In isolation, $60,000 doesn't do anything," lawyer Kevin Martingayle said. "But it may establish a precedent for others to follow."

Shepherd Wainger, an attorney for Santa Monica, Calif.-based Mantra Films, said he could not comment on the case.

Martingayle is also representing Aimee Davalle in a separate case against the company. Her case is scheduled for Nov. 29.

Both lawsuits stem from a February 2003 incident when according to testimony the two women attended a promotional event at a Norfolk bar, where they were approached by Mantra Films employees.

Aficial agreed to go to a nearby location and film a video, encouraging Davalle to participate. Martingayle said neither had shown proof of age and therefore thought the footage would end up on the cutting room floor.

But later, Aficial saw a DVD with a topless Davalle on the cover.

The law at the heart of the case requires written consent to use someone's image in a commercial enterprise.

Founded in 1997, Mantra has released 83 different titles and sold 4.5 million videos and DVDs in 2002, according to Hoover's, a business data firm in Austin, Texas.