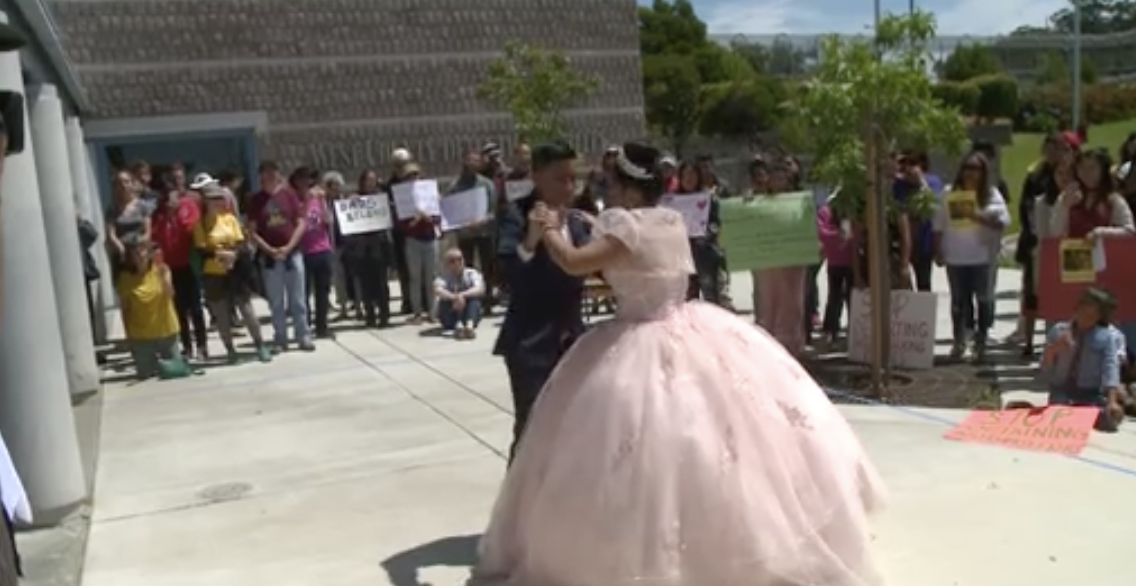 A 15-year-old girl in Richmond, California, wanted to dance with her dad at her quinceañera, but the closest she could get was outside of the detention center where he is being held. So wearing a big ball gown, she and a partner danced in front of a crowd of people who had gathered outside the detention center to help raise awareness for detained immigrants.

Her father, Raul Lopez, was detained by ICE after living in the U.S. for decades. His wife, Dianeth Lopez, said he already had a pending immigration case when he made the mistake of driving under the influence of alcohol. Raul Lopez was subsequently placed on house arrest and also spent two months in jail for the DUI case, KPIX reported.

In March 2017, Lopez went to a check-in appointment at the San Francisco ICE office, where he was taken into custody. He has remained jailed since.

The goal of the vigil was to raise awareness about Lopez and other immigrants who have been separated from their families. Lopez's family spoke at the vigil, and his daughter wore her quinceañera gown to symbolize the milestone in her life that he missed.

"We really want to help this man who has been here for 29 years, who has no family in Guatemala to return to. He has absolutely has to be allowed to stay right here with his family where he belongs," Rev. Lee said.