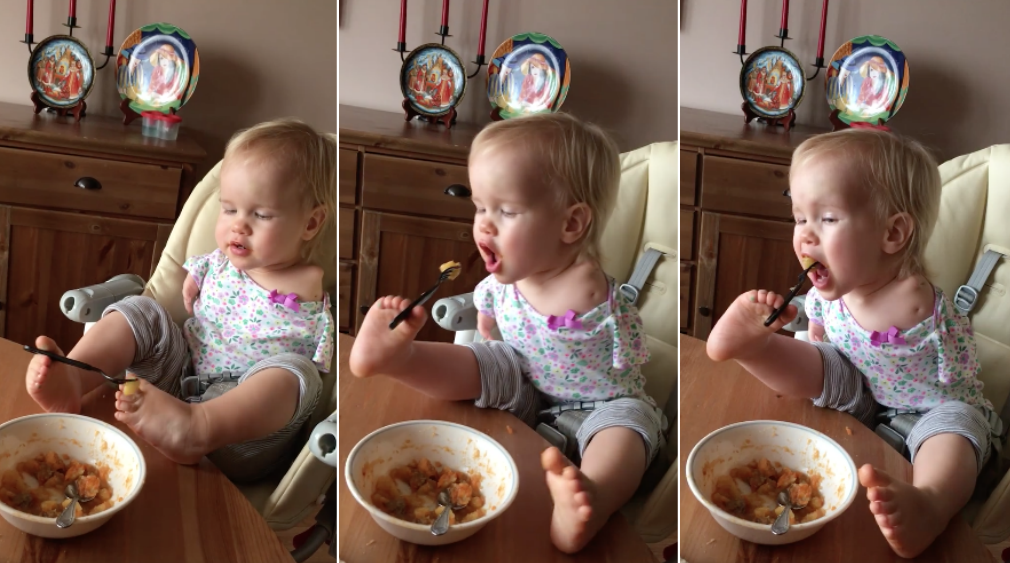 Food is often more likely to end up on the table or the floor than the child’s mouth.

But one mom who lives in Moscow seems to have figured it out -- well, her daughter has at least.

Elmire Knutzen’s little girl, Vasilina, who was born without arms, is impressing the internet with her eating skills.

Using one foot, a plastic fork between two toes and a whole lot of balance, the girl manages to get food into her mouth. And it takes her less than 20 seconds to do so.

The proud mother of the young girl shared a video of her daughter’s victory on Facebook, and it went viral with more than 65 million views and 1.4 million shares.

Dozens of people cheered on the little girl and congratulated the mom on her child’s progress.

“Wooow she is my hero. She’s so brave and beautiful,” another commented.

It’s unclear exactly how old the girl is, but one thing’s for sure: She’s already an inspiration.