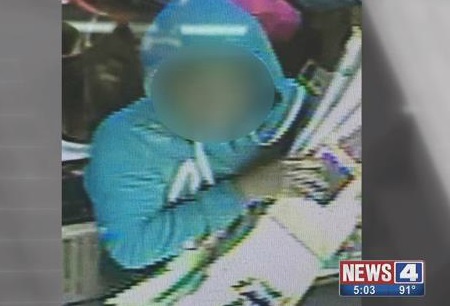 ST. LOUIS, Missouri -- A 13-year-old girl in St. Louis, Missouri turned herself in to police Wednesday after an elderly couple was shot and critically wounded at a beauty supply store in Bellefontaine Neighbors Tuesday afternoon, CBS affiliate KMOV reported.

Authorities said they were called to Kings Beauty Supply Store after the teenager and another juvenile attempted to steal several items earlier in the day.

The store owner's parents, who were at the store at the time, were able to get the items back. The elderly couple then kicked the two out of the store, telling them to stay away. The man and woman, who are both in their 70s, did not report the incident to authorities, police said, KMOV reported.

"The shop stewards that were there were kind enough to not press charges saying the crime was in their eyes petty giving that person a second chance essentially," said Police Chief Jeremy Ihler.

But when the two later returned to the store, the elderly couple called police.

When police arrived, they found the two juveniles at an adjacent parking lot and took one of the girls into custody because she had a previous juvenile warrant. The second girl was given a formal warning for trespassing and released with the elderly couple's approval, KMOV reported.

According to police, later in the day, around 4 p.m., the teenager who was released on a warning returned to the store and shot the couple.

A witness reportedly saw her leaving the store with a gun and several stolen items.

She turned herself in on Wednesday.

The condition of the couple is currently unknown.