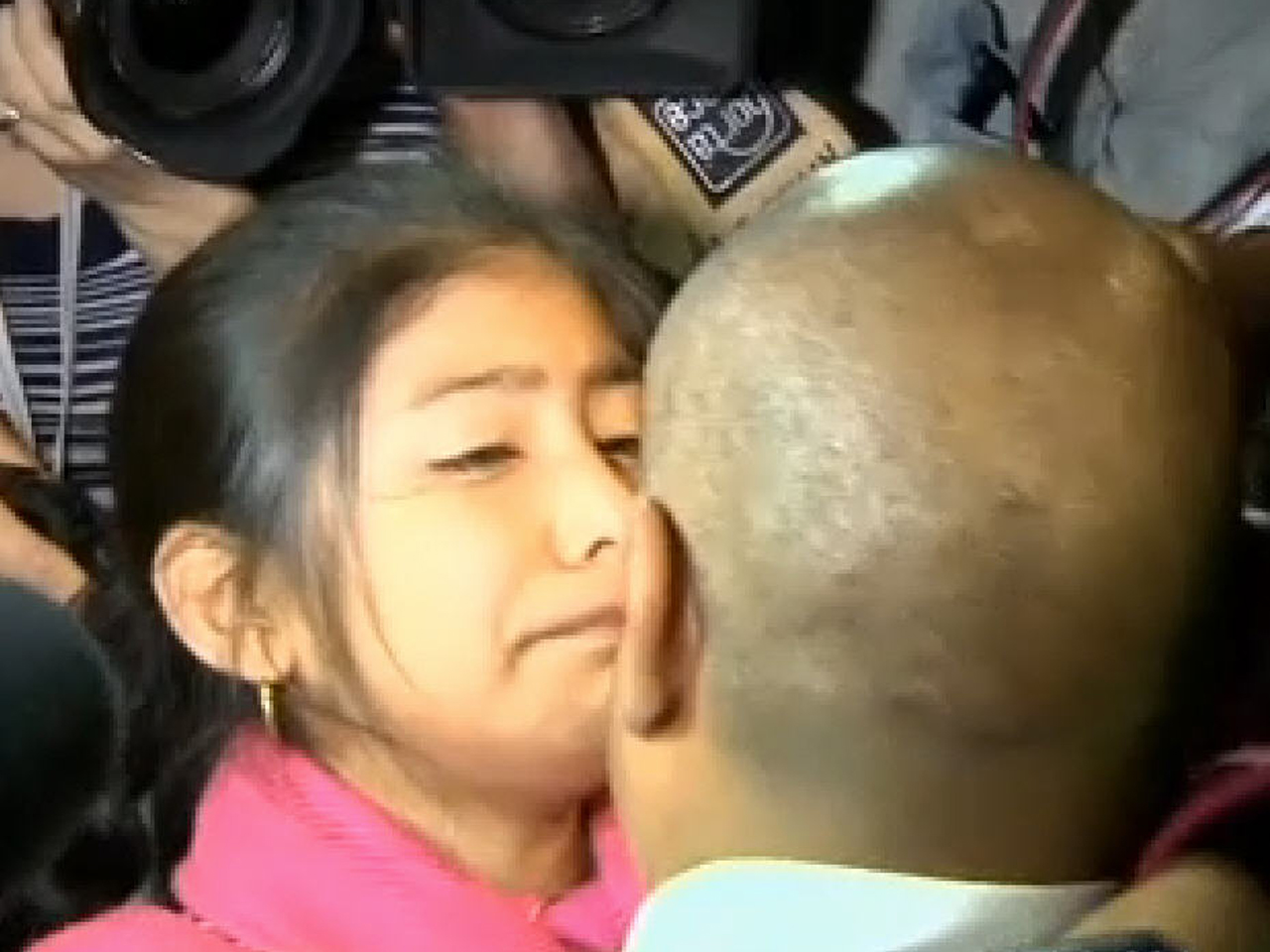 LOS ANGELES - After a 10-year-old California girl traveled to the Vatican to plead with Pope Francis for help as her father faced deportation, the man was released Friday on bond from immigration detention and reunited with his daughter after two years.

Mario Vargas was freed from a detention facility in Louisiana after he posted $5,000 bond. A relative who saw his daughter Jersey Vargas on television pleading with the pope during a public audience helped with the funding, said his wife, Lola Vargas.

"It was the best thing ever," Jersey said, choking back tears, according to CBS Los Angeles. "I didn't celebrate my birthdays because my dad wasn't with me. I've been waiting for him."

Mario Vargas' release came after his daughter Jersey, of Panorama City, Calif., addressed the pope directly this week as part of a California delegation that traveled to urge the Vatican to prod President Barack Obama on immigration reform. The girl and a teenager went as part of the 16-member group to represent the American children of immigrant parents who are afraid their families will be divided by deportation. The president and the pontiff met for the first time Thursday.

On Saturday, Jersey flew into LAX from Rome and tearfully hugged her father.

"I don't have the words to describe of the actions that she was able to do," Vargas-Lopez said, through an interpreter.

His immigration status is still up in the air. But, for now, at least he is out.

"I feel very proud because I had been fighting for him for a very long time," said Jersey. "It's been very hard since my dad hasn't been home. My mom has had to be the provider for my family, she's been the mother and father for two years."

Mario Vargas was arrested last year in Tennessee and convicted of driving under the influence before he was taken into federal custody earlier this month, said Bryan Cox, a spokesman for Immigration and Customs Enforcement. Authorities released him after he posted bond, and an immigration judge will determine the outcome of his deportation case, Cox said.

Lola Vargas said she had been gathering money to pay for her Mexican husband's bond but didn't have enough until one of his cousins called, surprised to see the girl on television, and offered to help. Her husband had gone to Tennessee to look for work in construction and had been sending money to his family in California, she said.

Juan Jose Gutierrez, an immigrant advocate who coordinated the trip to Italy, said the archdiocese of Los Angeles helped get the group a key spot so they could speak with Pope Francis amid the crowds.