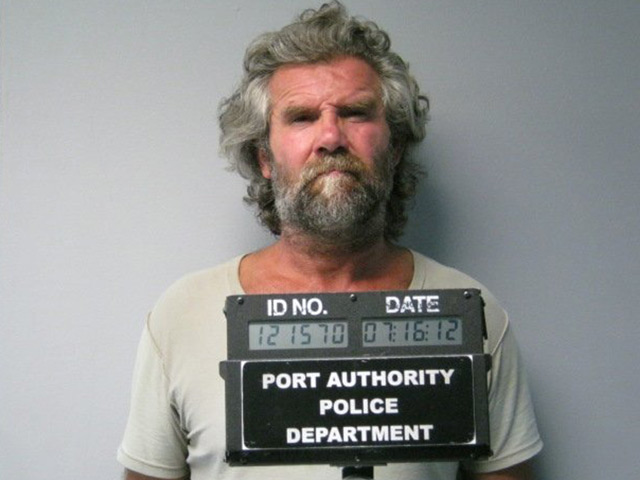 PAPD officers identified the 60-year-old man using a cell phone picture taken by his 28-year-old victim, who he allegedly assaulted on June 30 and July 3, Coleman said. The victim's name hasn't been released.

Coleman said Verdelli was wearing the same clothes he had on in the cell phone picture and he was carrying marijuana at the time of his arrest.

Verdelli was charged with two counts of criminal sexual contact, a fourth-degree offense, and ordered held at the Hudson County Correctional Center in lieu of $20,000 bail, Hudson County Prosecutor Edward DeFazio said. DeFazio said Verdelli faces up to 18 months in prison on each charge.

Authorities said Verdelli's 168 prior arrests on various charges, most of them not sex-related, date back to the 1970s. DeFazio said Verdelli was placed on the sex offender registry after a groping incident on a New York City subway train, which resulted in a conviction on a forcible touching charge.

The majority of Verdelli's arrests were in connection with minor offenses, often involving transit systems, including trespassing or drug possession, authorities said. Most were misdemeanors in New York State or disorderly persons offenses in New Jersey, which typically carry little jail time, even for repeat offenders, according to NJ.com.

In this case, however, DeFazio said his office will press for a more substantial sentence.

"We'll make an effort to make sure he's isolated from society for a longer period for time," DeFazio said.