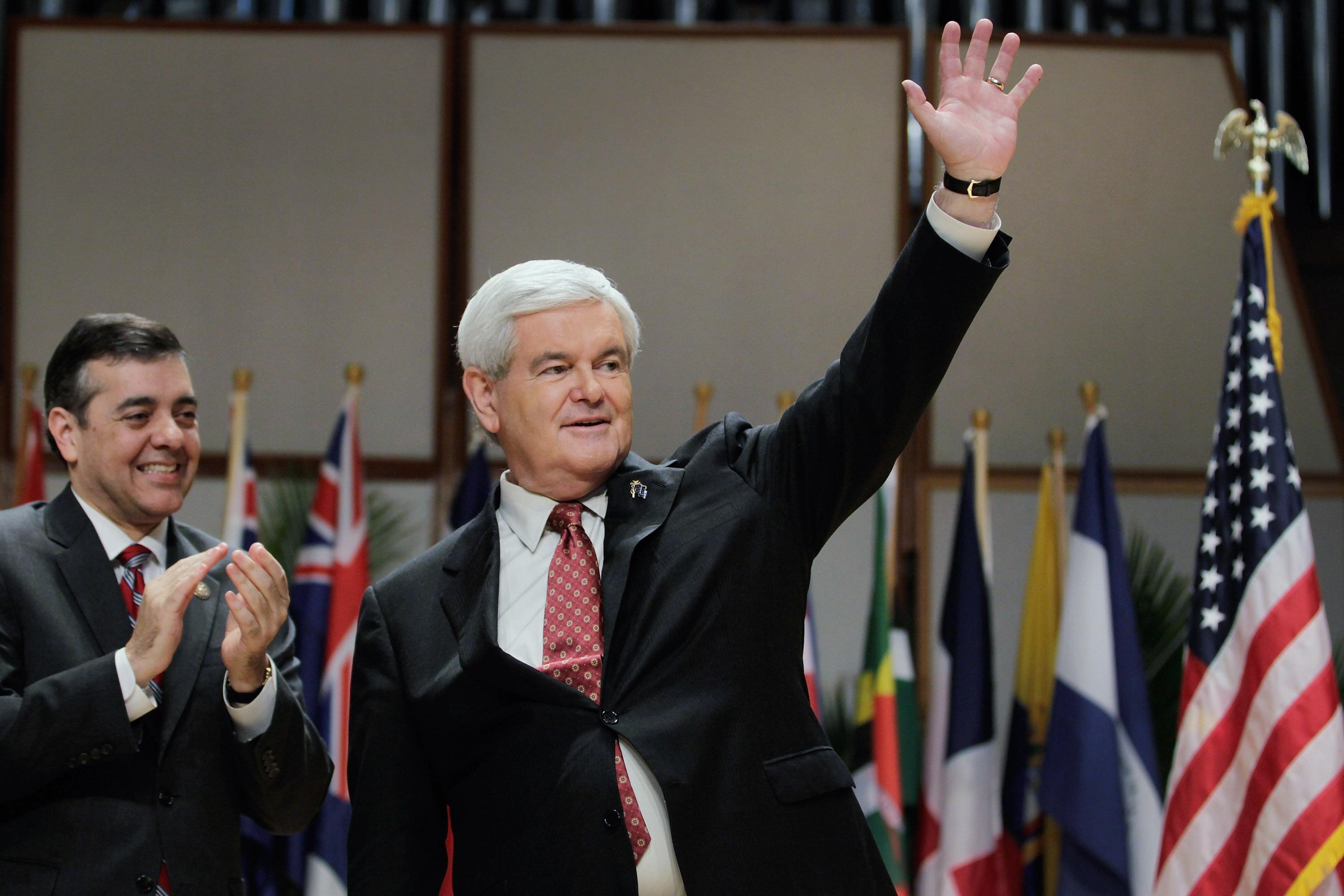 "This kind of language is more than just unfortunate. It's inaccurate, inflammatory, and doesn't belong in this campaign," Rubio told The Miami Herald.

"Both are pro-legal immigration and both have positive messages that play well in the Hispanic community," added the freshman Florida senator, who is the son of Cuban immigrants, speaking about both Romney and Gingrich.

The radio ad plays a clip of Romney repeating a pro-Castro statement and goes on to say that Gingrich opposes Castro.

While Gingrich pulled the ad off the airwaves, he is continuing to challenge Mitt Romney's immigration position.

Gingrich was interviewed by Univision television networkWednesday where he was asked by host Jorge Ramos about Romney's "self-deportation" immigration plan. "Now, for Romney to believe that somebody's grandmother is going to be so cut off she is going to self deport? This verges - this is an Obama level fantasy," Gingrich said.

Mitt Romney responded with a hard-hitting statement signaling he would support Cuban efforts to remove Fidel Castro from office.

"If I'm fortunate to become the next president of the United States, it is my expectation that Fidel Castro will finally be taken off this planet," he said Wednesday afternoon in Miami at an event with the U.S.-Cuba Democracy PAC.

Both candidates are in Miami on Wednesday and immigration is a key issue to south Florida's populous Latino community. The tight race between Gingrich and the former Massachusetts governor has brought out sharp exchanges and negative advertising in the Sunshine state.

Gingrich told Ramos he supports one aspect of the DREAM Act, which is a bill which would allow undocumented children a path to legal residency or citizenship. "I have suggested that if they want to become citizens, they can join the military," Gingrich said.