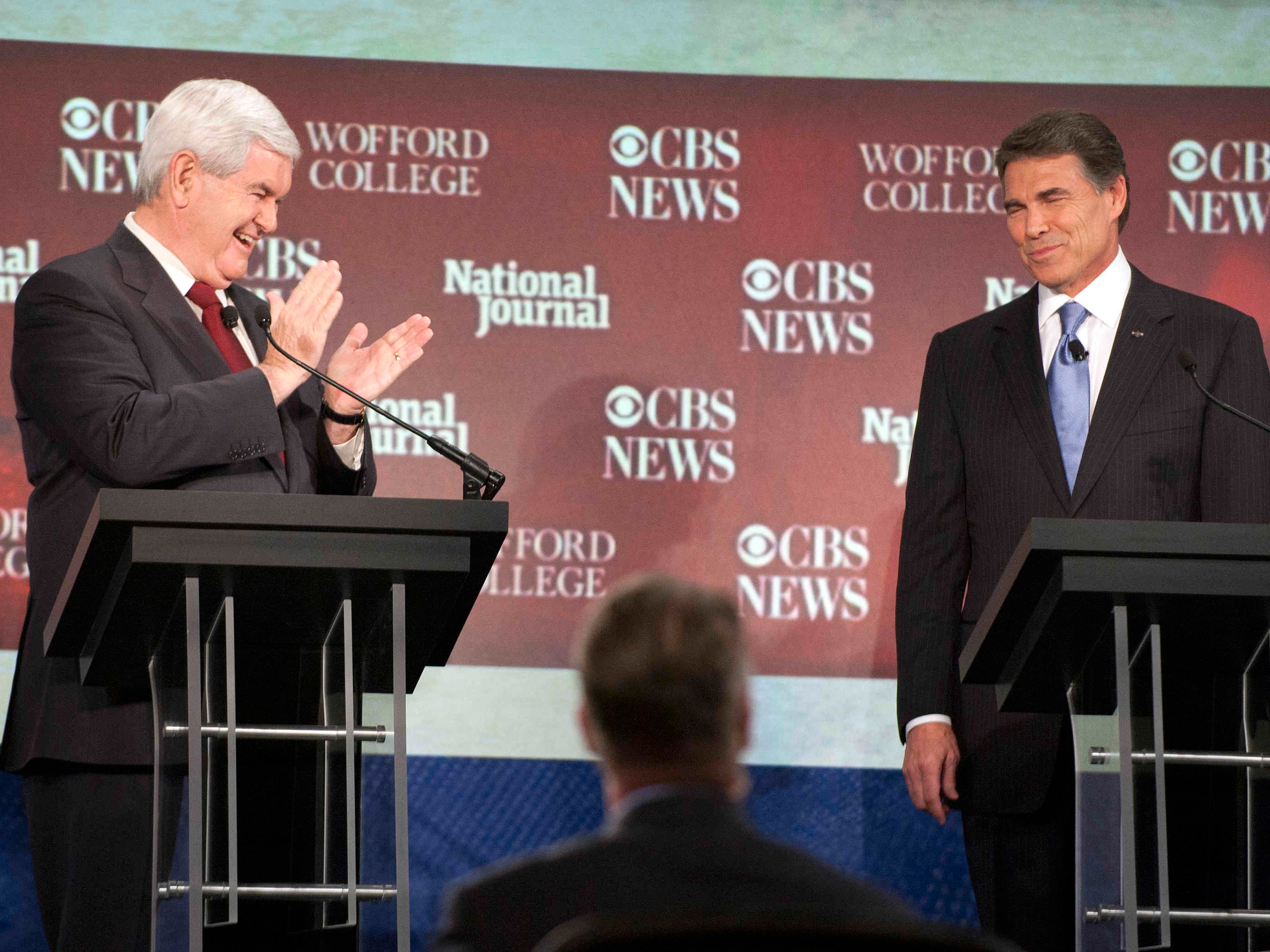 "After verification, RPV has determined that Newt Gingrich did not submit required 10K signatures and has not qualified for the VA primary," the Republican Party of Virginia announced early Saturday on its Twitter website.

Texas Gov. Rick Perry also fell short of the 10,000 signatures of registered voters required for a candidate's name to be on the primary ballot, but former Massachusetts Gov. Mitt Romney and Texas Rep. Ron Paul will be on the ballot.

State GOP spokesman Garren Shipley said volunteers spent Friday validating petitions that the four candidates submitted by the Thursday 5 p.m. deadline to the State Board of Elections. Shipley was not available early Saturday to discuss the announcement posted on the website.

Failing to get on the ballot will be a major setback for Gingrich, who has tried to use his recent upsurge in popularity to make up for a late organizing start. Ironically, Gingrich had a slight lead over Romney, with others farther back, in a Quinnipiac poll of Virginia Republicans released earlier in the week.

The load of catching up on organizing work and a lack of advertising money to counter an onslaught of negative ads from his rivals have been major disadvantages.

Gingrich had to leave New Hampshire on Wednesday and race to Virginia, where he needed 10,000 valid voters' signatures to secure a spot on the ballot.

He said Wednesday he had enough ballot signatures, but he wanted to come to Virginia to deliver them personally. Taking no chances, his volunteers asked everyone to sign petitions before entering Gingrich's rally Wednesday night in Arlington, just across the Potomac River from Washington.

Gingrich's early-December rise in several polls gave him renewed hopes of carrying his campaign deep into the primary season. Failure to compete in Virginia, which is among the "Super Tuesday" primaries, would deal a huge blow to any contender who had not locked up the nomination by then.

The state party's Shipley said the party was validating petitions the candidates submitted by the Thursday 5 p.m. deadline to the state elections board. It began validating signatures Friday morning.

The 10,000 registered voters must also include 400 signatures from each of Virginia's 11 congressional districts.

Meanwhile, Virginia's Democrats said President Barack Obama's re-election campaign gathered enough signatures to get him on the state's primary ballot though he was the only candidate who qualified.