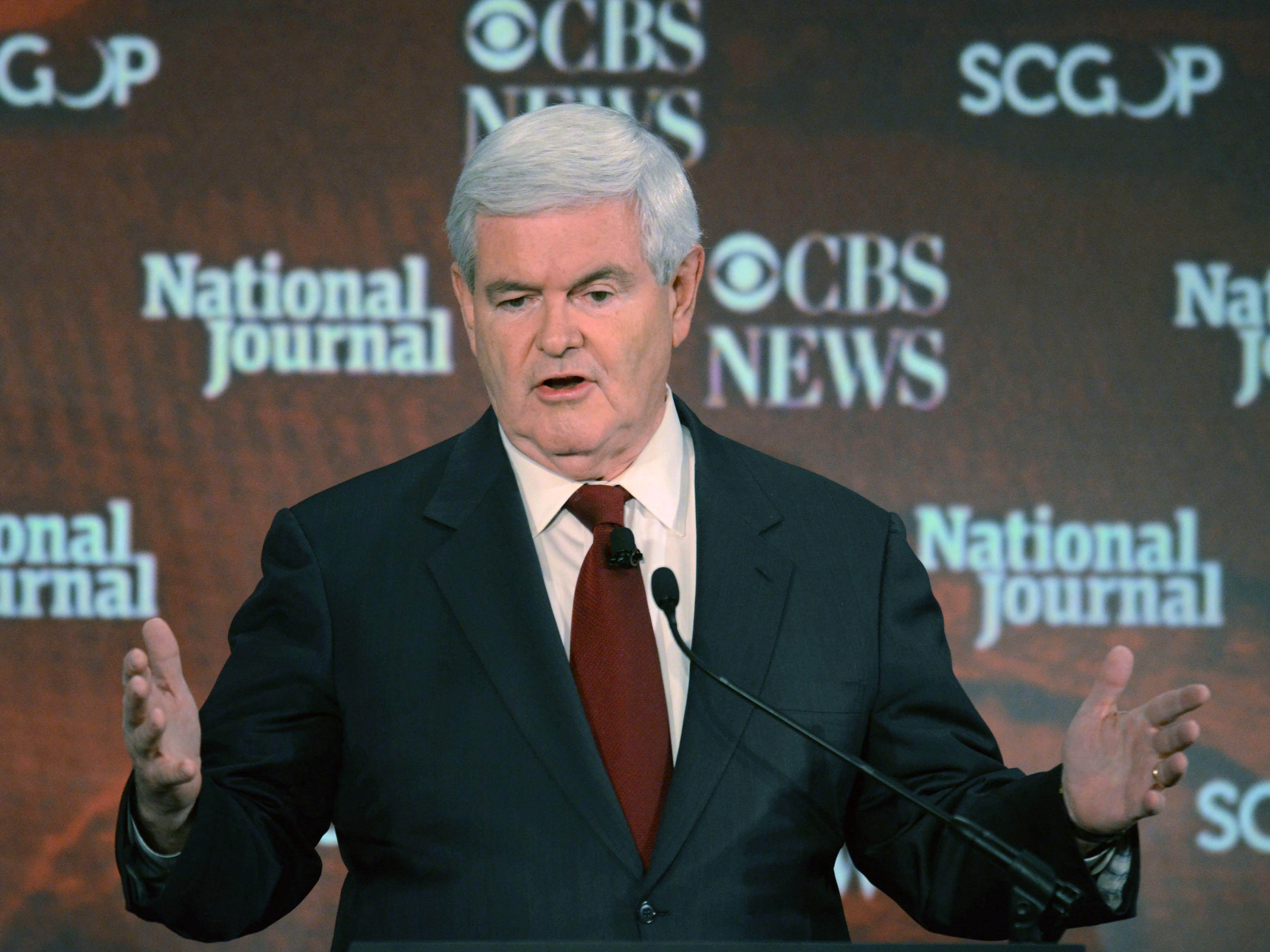 Republican presidential candidate and former House speaker Newt Gingrich is an outspoken critic of the mortgage giant Freddie Mac, but the now government-controlled firm paid him between $1.6 million and $1.8 million in consulting fees, Bloomberg reports.

Citing unnamed sources familiar with the agreement, Bloomberg reports that from May 1999 until 2002, Gingrich was paid a self- renewing, monthly retainer of $25,000 to $30,000. Additionally, the former speaker was reportedly paid $600,000 for a two-year contract starting in 2006. The total is more than five times the figure Gingrich had previously acknowledged.

At an economic debate hosted by CNBC last week, Gingrich was asked about his work for Freddie Mac, and the moderator said Gingrich's firm was paid $300,000. Gingrich gave no indication he was paid any more than that, and he said he earned by the money by offering advice as a historian. Gingrich said he told the mortgage company that their lending practices were "insane."

At that debate, Gingrich continued on to say that he was proven right about the firm, which has taken more than $70 billion from taxpayers since the Bush administration seized it in 2008 amid mounting losses from mortgages gone bad.

"And I think it's a good case for breaking up Fannie Mae and Freddie Mac and getting much smaller institutions back into the private sector to be competitive and to be responsible for their behavior," Gingrich said at the CNBC debate.

In Urbandale, Iowa this morning, Gingrich said he didn't dispute the $300,000 figure cited at the CNBC debate because it didn't occur to him, the Des Moines Register reports.

"First of all it wasn't paid to me. Gingrich Group was a consulting firm that had lots of people doing things and we offered strategic advice," Gingrich said.

In spite of his current criticism of the company, Bloomberg reports that Gingrich's role in 2006 was to develop an argument to persuade conservatives to back the company's then public-private structure.

On Iowa Public Radio this week, Gingrich maintained that his advice to the company was "generic."

"It wasn't specifically aimed at House Republicans or at Congress in general," he said, adding that he didn't engage in lobbying.

Gingrich's rivals are taking a closer look at his ties to Freddie Mac now that the former speaker is climbing in the GOP presidential polls. On CBS' "The Early Show" this morning, Rep. Michele Bachmann took a shot at Gingrich for taking money from the firm, which guarantees millions of American mortgages.

A McClatchy-Marist poll released Tuesday showed Gingrich as the strongest Republican candidate in a head-to-head match-up against President Obama, with the president leading 47 percent to 45 percent.