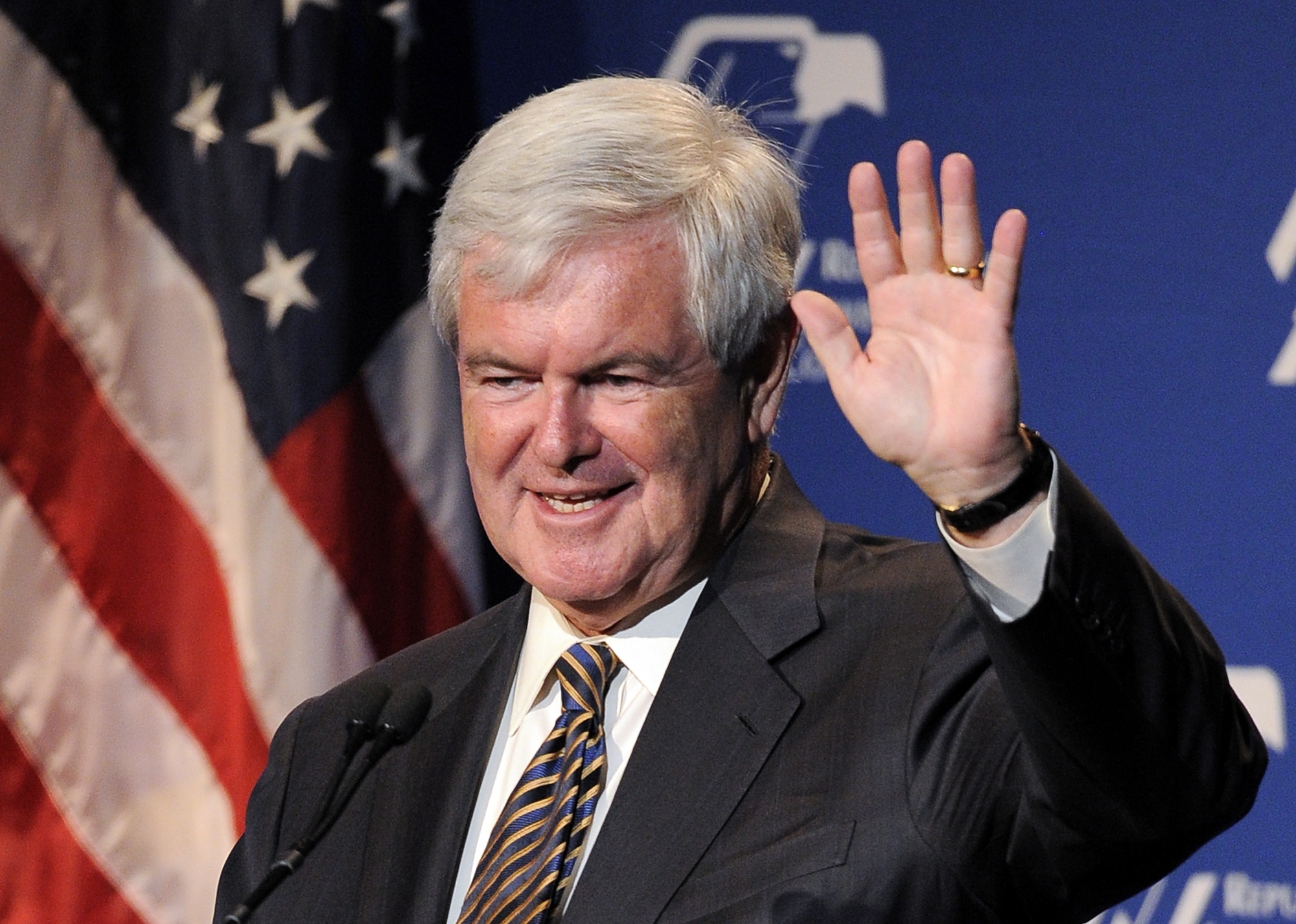 Instead of setting up a "super committee" showdown over the nation's deficit, lawmakers should take up the painstaking work of balancing the budget one small bipartisan compromise at a time, Republican presidential candidate Newt Gingrich said on Tuesday.

Delivering a message that seemed almost nostalgic in a year when the most partisan rhetoric is being rewarded, the former House speaker told an audience at the Heritage Foundation that Congress should get back to the old-fashioned business of making legislative deals - sometimes across party lines.

His former congressional colleagues shouldn't shy away from voting for Democratic legislation "if the Democrats introduce a good idea," Gingrich said.

Like most of his rivals in the Republican presidential contest, Gingrich opposed the deal to raise the debt ceiling. But Gingrich's objections are not just about the dollars and cents. The long-time Georgia lawmaker suggested that Congress abdicated its responsibility in leaving the task of closing the nation's budget gap to a 12-member special committee appointed by House and Senate leaders.

"Why do these 12 get extraordinary power and the rest of you are just the chorus of the Opry?" Gingrich asked. He also questioned the wisdom of the "trigger" which would require automatic, across-the-board spending cuts if the committee cannot come up with $1.5 trillion in savings. "If you have a Congress that has to invent a suicide mechanism in order to avoid something, you have a total breakdown of the legislative process," he said.

Gingrich's alternative: Restructure the federal government along the lines outlined by Six Sigma, a business management strategy used by corporations and the military to cut waste. It has also been satirized on "30 Rock."

The sagging state of the Republican presidential contender's political fortunes was evident in the many empty seats during his hour-long speech at Heritage, which focused on the economy and Congress. Mike Gonzalez, an official with the conservative think tank, told the audience that Gingrich would not take campaign-related questions.

Sarah B. Boxer and Rodney Hawkins contributed to this report.