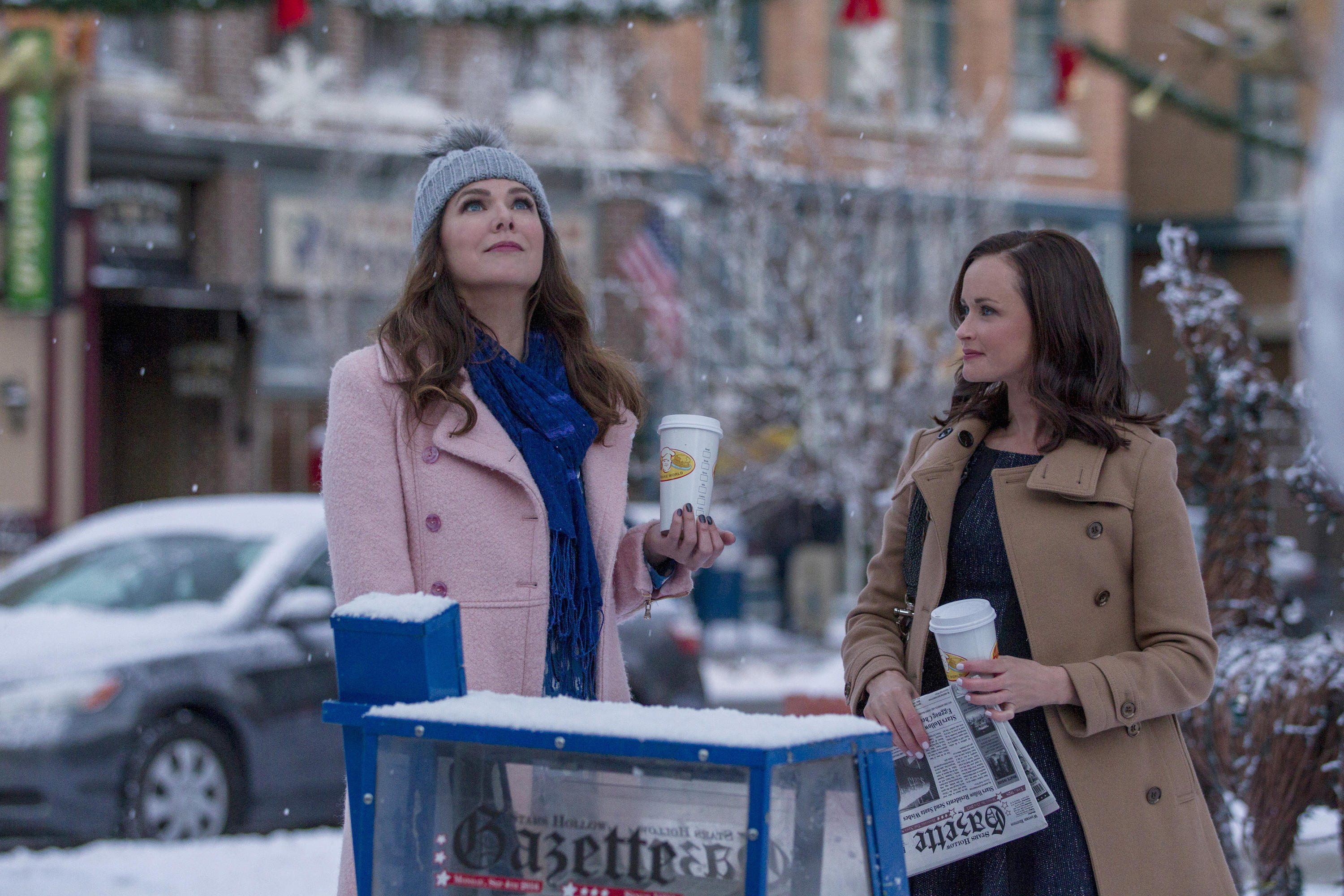 A day after inhaling Thanksgiving meals in true Lorelai and Rory Gilmore fashion, “Gilmore Girls” fans turned on Netflix to return to a small town in Connecticut that they’ve grown to love: Stars Hollow.

Fans couldn’t wait for the TV miniseries, “Gilmore Girls: A Year in the Life,” to return on Nov. 25. They were eager to finally find answers to questions that went unanswered when the show ended in 2007.

Nine years later, fans finally got (most of) the answers they were looking for.

Here are some things you need to know about the revival:

She’s a character often forgotten — as she would rather spend her time under the hood of a car than in front of a camera — but “Gilmore Girls” fans somehow still recognized her face.

The new character did something Emily’s maids haven’t managed to do in decades: keep her job.

Perhaps Emily didn’t have the strength after suddenly losing her husband of 50 years, Richard, to a heart attack. Instead of wallowing in an empty mansion, Mrs. Gilmore filled the house with staff, including Berta and her several children.

The question on everyone’s minds as they binge-watched the first three episodes of “Gilmore Girls: A Year in the Life”: Where’s Sookie St. James?

The clumsy, yet lovable former head chef at the Dragonfly Inn was nowhere to be seen for the first three episodes. Some were wondering whether Sookie, played by Melissa McCarthy, would even make a comeback.

In the beginning of the series, Lorelai and Michel Gerard (Yanic Truesdale) bickered back and forth about Sookie’s absence, revealing that the talented cook had been gone for at least two years.

So, when Loreali stepped into the kitchen to devour a delicious panini one day, fans let out a huge gasp when they saw a famous chef in Sookie’s apron. It was Rachael Ray.

But even Ray couldn’t replace Sookie in Lorelai’s heart. Despite her impeccable ability to whip up a good panini, Lorelai had to fire the replacement chef. (Sookie does return in the fourth episode, but not as the Dragonfly Inn’s head chef.)

“I’ve only been real-fired once in life, and I was kind of embarrassed that I got fake-fired on the show, but if it brought back Melissa McCarthy, that’s fine with me,” Ray told Entertainment Tonight.

Rory has an affair with an engaged Logan Huntzberger

Every passionate “Gilmore Girls” fan admittedly has a favorite.

But Logan? He made a surprising comeback in the revival.

At the end of season 7, Rory rejected Logan’s proposal as she graduated from Yale University. At the time, the ambitious journalism major wanted to focus on her career.

So, what changed? In “Gilmore Girls: A Year in the Life,” Rory is working as a freelance journalist, with her bylines appearing in Slate, The Atlantic and The New Yorker. But she’s still trying to find herself and ends up back in the arms of ex-boyfriend, Logan.

The problem: Logan is engaged to be married to a French heiress named Odette.

Having an affair isn’t a new concept to Rory. While in college, Rory similarly had an affair with Dean, who was married to Lindsay Lister at the time.

But no one could have guessed Rory would repeat her past mistakes.

Luke and Lorelai have a magical winter wonderland wedding

For years, Lorelai has been putting off marriage.

She refused to marry her high school boyfriend, Christopher Hayden (David Sutcliffe), after getting pregnant at the young age of 16. Years later, when Rory was older, she got engaged to Rory’s English teacher at Chilton, Max Medina (Scott E. Cohen). She quickly broke off that engagement after realizing she wasn’t in love with him. Then finally, the moment “Gilmore Girls” fans were waiting for: Luke and Lorelai’s engagement. The couple was engaged for nearly a year before Lorelai ended the engagement as Luke grew distant after discovering he had a 13-year-old daughter named April Nardini (Vanessa Marano).

Eventually, Lorelai took the plunge and agreed to marry Christopher. But soon realized they were better off as friends (and co-parents).

Season 7 ended with a single Lorelai returning to Luke’s Diner, and rekindling her friendship with Luke.

As many could predict, that friendship turned romantic once again. And nine years later, fans of the couple got what they’ve been waiting for: a small, yet magical wedding.

“So, how does it feel?” asked Rory, while sitting on the town gazebo’s steps with her mom.

“It feels right,” Lorelai said. “Such a long time getting here.”

These were the jaw-dropping final 4 words of the show

Those were the four words “Gilmore Girls” had been teasing the week leading up to the show, and to many fans, they were shocking.

It’s safe to assume Rory is pregnant with Logan’s child, as he’s the only character she had consistently been with the entire year, aside from her forgettable boyfriend of three years — Paul, was it? Oh, and I guess that one night stand with the “Wookie.”

Like Lorelai, Rory will be a single mother. Her child’s father, if it is Logan, will most likely be out of the picture.

Logan’s rich and party-like demeanor is reminiscent of Rory’s own dad, Christopher, which leads us to believe he’s not “the one” she’s destined to marry.

Maybe we’ll have to wait another nine years for Rory to finally get it right.

And by right, we mean: She’ll end up marrying Luke’s nephew, Jess.

Joy Oladokun performs "If You Got A Problem”