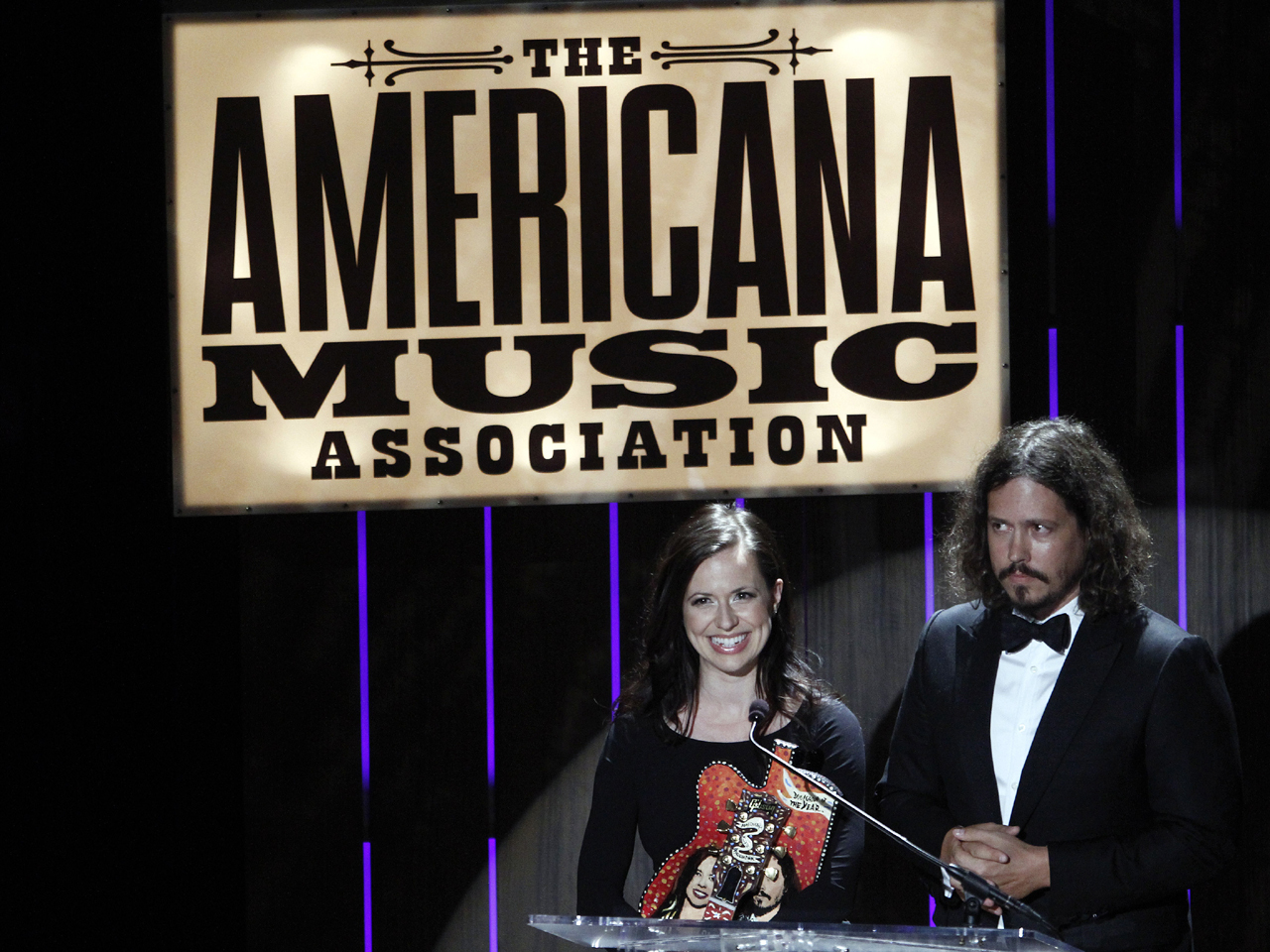 Five of six winners at the Ryman Auditorium event are based in Nashville, further cementing the city's growing reputation as a roots music destination.

Welch won artist of the year and Rawlings broke Buddy Miller's stranglehold on the instrumentalist of the year category. And The Civil Wars, fresh from learning that debut album "Barton Hollow" has gone gold, won duo/group of the year.

"There's something about this town, something about this center of gravity that pulls in so many musicians and writers and artists," John Paul White of The Civil Wars said backstage, while celebrating with duo partner Joy Williams. "There's something to that. I think sometimes this town gets a bit of a bad rap for the tourist trade. We've got more neon than people are accustomed to, but for us this is home. The things that we grew up loving came from here and those roots are still here. So there's a common thread that runs throughout. It's sort of like Mecca."

The only non-Nashville act to win was the Shakes, which took home the new/emerging artist award. Though the band hails from Athens, Ala., its members do have a Nashville connection of their own - they recorded their breakthrough album "Boys and Girls" in town. They've been gaining a lot of buzz since earlier this year and made a splash at the South by Southwest Festival in Austin, Texas.

Lead nominee Jason Isbell won song of the year for "Alabama Pines," a melancholy salute to his former north Alabama home that he wrote while feeling homesick.

"I want to thank the terrible hotels of north Florida for inspiring me to write this," Isbell joked with the crowd before returning to play the song alongside his fiance, fiddler Amanda Shires.

Producers Tamara Saviano and Shawn Camp won album of the year for "This One's For Him: A Tribute to Guy Clark." The win came after Clark took the stage for a performance of "My Favorite Picture of You," the night's most powerful moment.

"I wrote this for my wife Susannah, who died in June," Clark told the crowd. "I wish she could be here to hear it. But I'll play it for her anyway."

Bonnie Raitt, Booker T. Jones (of Booker T. & the MG's fame) and Richard Thompson were honored with lifetime achievement awards - Raitt as a performer, Jones as an instrumentalist and Thompson as a songwriter.

"It means the world to me because I'm the daughter of a performer who played until he was 87 years old and he made every night like opening night," Raitt said.

Jones ("Green Onions"), Raitt ("Thing Called Love") and Thompson ("Vincent") offered highlight performances of classic songs. Raul Malo of The Mavericks blew the roof off the Ryman with his soaring vocals on "Come Unto Me" and most performers returned at the end of the night to salute Levon Helm with a group performance of "The Weight."

Album of the year: "This One's for Him: A Tribute to Guy Clark"

Artist of the year: Gillian Welch

Duo/group of the year: The Civil Wars

Instrumentalist of the year: Dave Rawlings