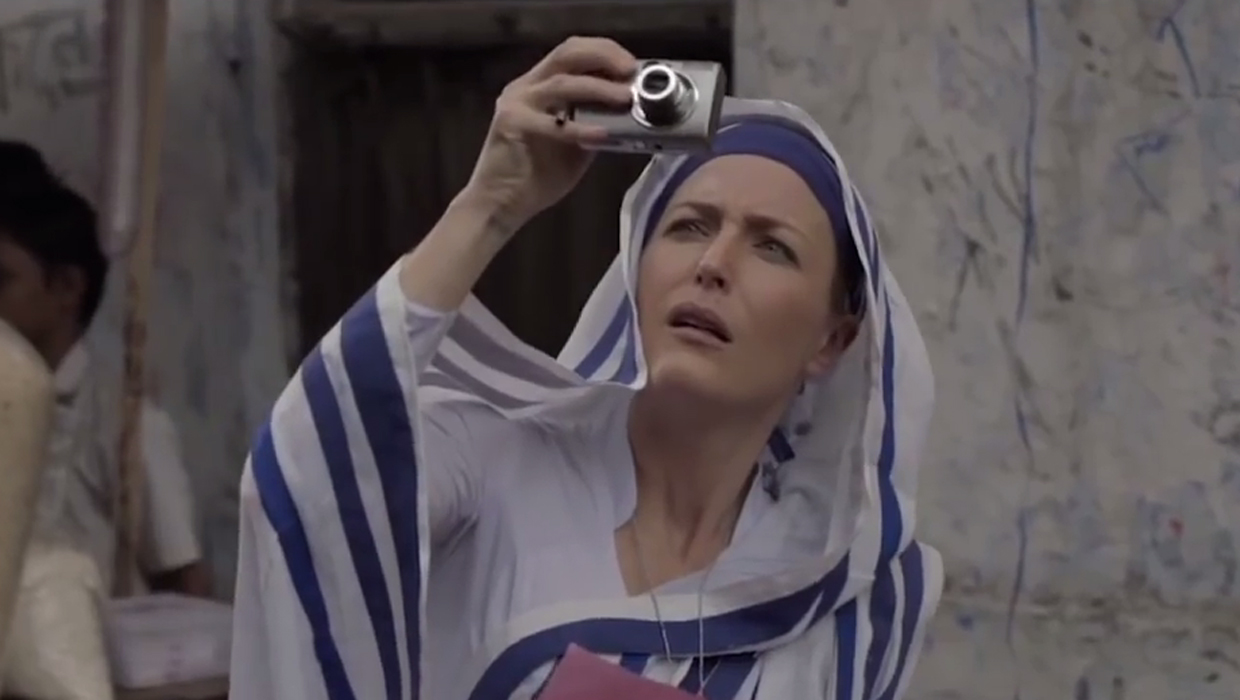 Gillian Anderson wasn't expecting to appear in the movie "Sold." The actress, known for her role on "The X-Files," had initially been approached by Oscar-winning director Jeffrey Brown ("Molly's Pilgrim") about just being part of the film's campaign.

She immediately said yes because she felt passionate about the movie's topic: the worldwide human rights issue of sex trafficking.

"There was really no role in it. There was one shot of a woman photographer. But [Brown] asked, would I read it? And if I liked it, would I be interested in being a part of the campaign. It looked like Emma [Thompson] might be jumping on board as well -- just to lend a voice and a name to an important cause. I read it and I said, 'Absolutely. I'll do whatever I can.'"

Some time went by, and Brown ended up calling Anderson back -- but with a different ask.

"By the time they ended pulling it together, Jeffrey had expanded the photographer character and modeled her after a real-life photographer Lisa Kristine, who documents human slavery around the world ... And he called and said, 'Would you read it again? Do you have time to actually be in the film?' I happened to be able to carve out a week in India to do it," she said about taking on the role of a photographer in "Sold."

Based on the international bestselling novel by Patricia McCormick, "Sold" (which also stars David Arquette), chronicles the life of an 13-year-old girl who is trafficked across the Nepal-India border and forced to work in a brothel in Kolkata, India.

"I don't think a lot of people fully realize what an industry sex trafficking is in the world. Forced labor, child labor and sexual exploitation generate about $150 billion every year," said Anderson. "It's all ages -- from toddlers to teenagers."

"On the one hand it's easy to disassociate because it's on the other side of the world. But the fact is what the campaign is bringing to the light is that it's also in our own backyard," she said, citing places like Washington D.C. and New Jersey.

"High school students go missing and they are either forced into indentured labor or forced into prostitution where there is violence and they don't get paid for being a sex slave," continued the actress. "And they get brainwashed into being a part of a community and they are terrified for their lives to escape -- and even sometimes when they do escape for how they are then treated like criminals when they are picked up by law enforcement. They end up going straight back into it ... It needs attention."

Anderson is helping spread the word about the film via a newly launched Indiegogo campaign, which will help raise funds to get "Sold" seen in more places around the world. The money raised will support a team to manage the film's outreach campaign, TaughtNotTrafficked, an education campaign to prevent child trafficking in high-risk areas.

Go here to find out more about the campaign and how you can donate.

2022 Tribeca Festival: Highlights to watch in theaters or at home
More
Lauren Moraski