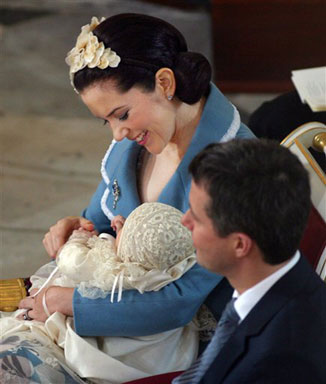 Maybe the Marlins aren't as bad as everybody thinks.

Todd Dunwoody's infield single with two outs in the ninth inning drove in the winning run Friday night and gave Florida a 4-3 victory over the New York Mets.

Although they still have the worst record in baseball, the Marlins have now won three of their last five games in their last at-bat.

Gregg Zaun drew a one-out walk in the ninth and Craig Counsell reached a forceout, hitting a grounder that glanced off the pitching hand of Brian Bohanon (2-3).

Bohanon was examined, but continued and gave up a single to John Cangelosi that sent Counsell to third.

"If he lets that one go, it's a double play," said New York manager Bobby Valentine.

Dunwoody followed with a grounder up the middle that second baseman Carlos Baerga knocked down. But Baerga could not control the ball as the winning run came home.

Matt Mantei (1-0) pitched two scoreless innings for the win. His last decision in the majors was a victory for Florida in 1996.

The Marlins' recent play has impressed their manager and the opposition.

"I think the Marlins are going to be good," Baerga said. "Their pitchers are getting some experience and they've got some good hitters like Mark Kotsay and Dunwoody."

Dunwoody doubled in the first, moved to third on Edgar Renteria's infield hit and scored as Mark Kotsay hit into a double play.

Florida made it 2-0 in the second on Counsell's RBI single.

Bernard Gilkey was hit above the left eye by a pitch from rookie Ryan Dempster. Gilkey, who snapped an 0-for-25 slump with a first-inning single, had his batting helmet knocked off.

Gilkey had a small cut and was replaced by Matt Franco. The Mets said X-rays were negative and that Gilkey would be day-to-day with a bruise.

After Carlos Baerga was hit by a pitch, Edgardo Alfonzo singled home Piazza to tie the game. Brian McRae's sacrifice fly put the Mets ahead 3-2.

The Marlins tied the game in the eighth when Kotsay doubled and Zeile singled.

Notes: Renteria has singled in his first at-bat in Florida's last five games. ... The attendance of 35,652, bolstered by a promotion that allowed children to attend for $1, was the second-largest home crowd of the season for Florida. ... Wayne Kirby, acquired in Wednesday's trade with the St. Louis Cardinals, made his first start for the Mets. In the second inning, he thre out Zaun, who tagged up and tried to score on Dempster's fly ball to right field.